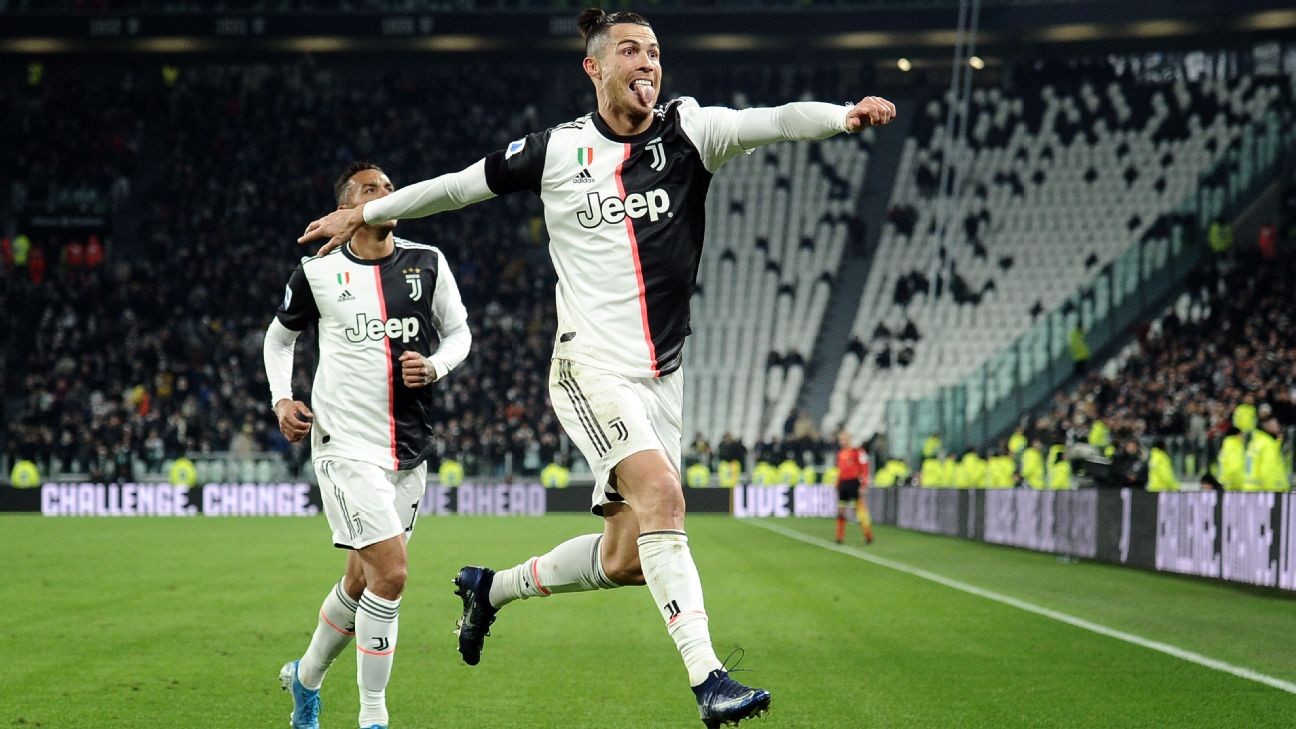 Gab Marcotti lays out the protocols Serie A will have to consider to resume the season.

With Serie A now suspended until at least June 14 due to the coronavirus crisis, it is beginning to look doubtful that the season can be finished by August.

Some Serie A clubs still have 13 league games to play, and there's 12 full rounds still to be played. If the league restarts around June 20, there's just enough time to squeeze in these matches playing twice a week -- but any further delay will make it incredibly tough to complete.

UEFA's wish is for all leagues to finish by Aug. 2 so it can hold the Champions League and Europa League throughout the rest of August. But the Italian FA has now extended the final cutoff date for Serie A to Aug. 20, providing extra breathing space should there be any further complications.

The main stumbling block has been the government's insistence that if a player tests positive the whole squad must go into quarantine for 15 days. The clubs argue that isolating the player involved should be sufficient.

The clubs are also opposed to the stipulation that each squad, including coaching and back-up staff, should undergo a training camp in complete isolation before the league restarts. They say this would create huge logistical problems.

If all remaining games cannot be played, the Italian FA has decided that a series of playoffs or playouts must first be considered to decide the key issues at the top of the table and for relegation.

But if the coronavirus crisis makes even that impossible, then some way of formulating a final table for the season on sporting merit must be found.

Here, we take a look through a series of models that have been proposed for the Premier League, or used in other competitions, to try to settle matters and see how they could resolve Serie A.

In all models: Juventus will be ranked No. 1, though we would have to wait to see if they are crowned champions when they lead the table by only one point. Juve, Lazio and Internazionale go to the Champions League, while Brescia and SPAL are relegated.

Rolling back to the last time teams played the same number of games isn't applicable, as this would take the league table back to the end of September due to Lazio vs. Hellas Verona being postponed early in the campaign.

Model A: The table as it stands

What is this? It's as simple as it sounds. The latest Serie A table is used and positions are final.

What would it mean? Atalanta take the final place in the Champions League, while AS Roma and Napoli would go directly to the group stage of the Europa League. AC Milan would need to go through UEL qualifying. Lecce would be relegated, below Genoa on goal difference.

Who else has used this? The Dutch Eredivisie has taken the final table, though a simple points-per-game model would not have altered any positions. The Belgian FA has followed suit because all teams in their top divisions had played the same number of games and thus points-per-game isn't relevant.

Pros: It's straightforward for all supporters to understand and requires no mathematical equation.

Cons: It doesn't take into account teams that have played fewer games, such as Hellas Verona and Parma, and factors such as home form and fixture difficulty.

What is this? It works out how many points each teams has earned, on average, in each game across the season so far.

What would it mean? The only change of note would see AC Milan lose their place in Europa League qualifying, with Hellas Verona climbing up into seventh. Parma would also move above Milan into 8th.

Who else has used this? The LFP used points per game to settle Ligue 1. This method saw Nice jump above Stade de Reims into fifth on head-to-head after their PPG was identical, while Strasbourg finished 10th by swapping places with Angers. France was closely followed by the Scottish FA when it ratified the end of the Premiership season, but no positions were actually altered.

Pros: It takes into account when teams have played fewer games to give a fairer reflection of comparative performance across the season.

Cons: It does not factor in relative home and away form, as the PPG average is across all games played. This can adversely affect teams that are strong at home. It also does not look at the difficulty of matches still to be played.

What is this? Much like points per game, except this format takes into account each team's home and away form to provide an average for each, which is multiplied across a 38-game season.

What would it mean? Weighted points per game does not produce any different outcomes for major positions compared to simple points per game, with Hellas Verona again taking the final Europa League position from AC Milan. Cagliari climb above Sassuolo into 11th, with Udinese swapping with Torino into 14th.

Who else has used this? It has been suggested as a possible solution in English football. This came after it was used to decide the final tables in rugby union's English Clubs Championship (mens levels 3-12).

Pros: It takes into account home and away form, rather than a more generalised average for each club's form.

Cons: It does not factor in the strength of teams still to play. Some have played most of the top teams at home (giving them a lower average), whereas others have tough run-ins ahead.

Model D: Roll back to 19 games

What is this? This is the league table after each team had played each other once.

What would it mean? Compared to simple PPG there would be many changes. Inter Milan would finish runners-up to Juve, with Lazio down to third. AS Roma would take the final Champions League place off Atalanta, who drop to the Europa League group stage, on goal difference. Cagliari would be sixth and go direct to the UEL, with Parma into qualifying. There would also be a change to relegation, with Leece staying up at the expense of Genoa.

How is it calculated? Only the first time each club has played each other is counted.

Who else has used this? It was another solution that received some traction, but was again rejected, in France.

Pros: As each team has played each other once, it removes any argument about which teams may have an easier, or more difficult, set of games remaining.

Cons: It can change a table considerably, and a huge chunk of sporting merit is removed. It also doesn't factor in which teams have had easier home fixtures in the first round of matches.