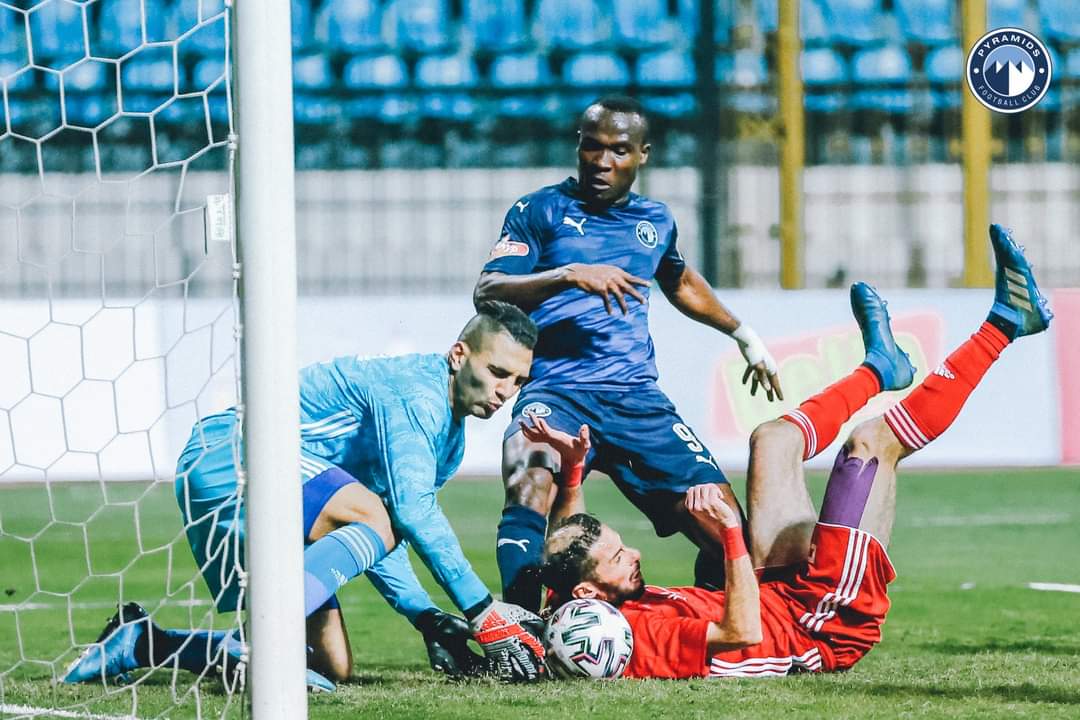 The CAF Champions League and Confederation Cup First Round 1st Leg ties were played across the continent on Tuesday and Wednesday.

A lot of Ghanaian players were involved with their various clubs in the two competitions.

GHANAsoccernet.com brings you up to speed of how the Ghanaian players fared on Tuesday and Wednesday with their clubs.

Defender Nartey Polo lasted the entire duration for Burkina Faso side Salitas FC who recorded a vital 1-0 victory in Sudan against Alamal Atbara on Tuesday.

Daniel Adoko played all minutes for Napsa Stars of Zambia as they were held to a scoreless draw by Mozambican giants UD Songo on Tuesday.

Egyptian moneybags Pyramids FC began their campaign with a 1-0 win over Libyan side Al Ittihad Tripoli and it was striker John Antwi who netted the match winner in the 55th minute on Tuesday.

Former AshantiGold SC captain Shafiu Mumuni was on target for Tunisian outfit US Monastir when they beat Al Ahli Tripoli from Libya 2-0 on Wednesday. 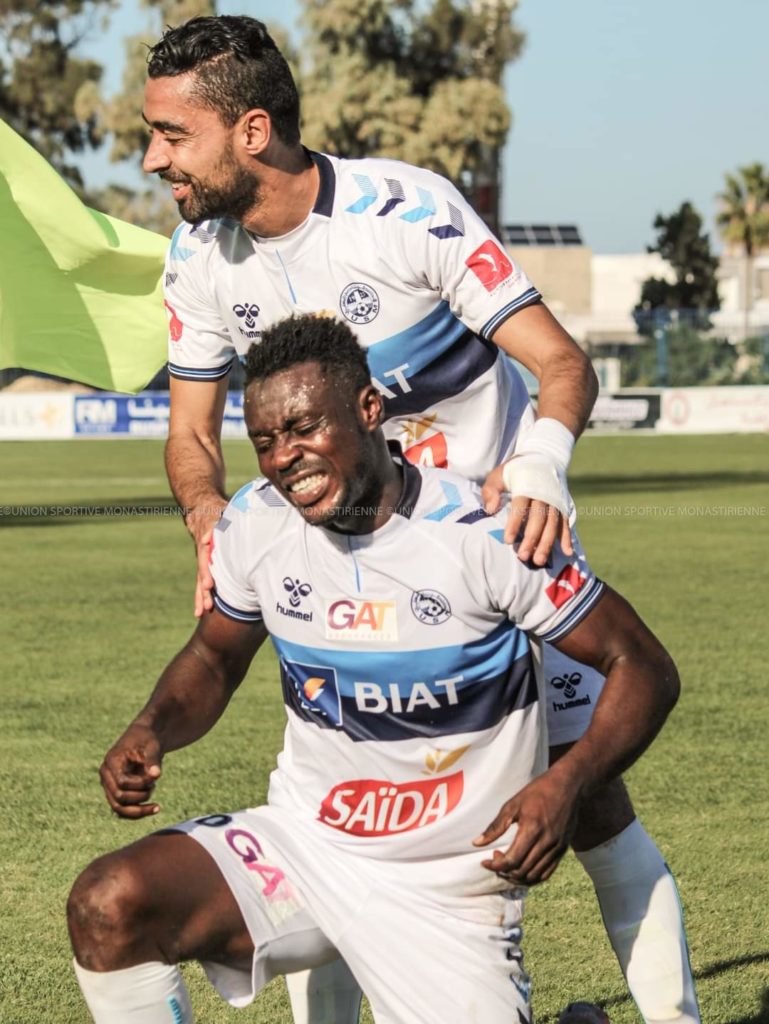 Shafiu Mumuni celebrating his goal for US Monastir. 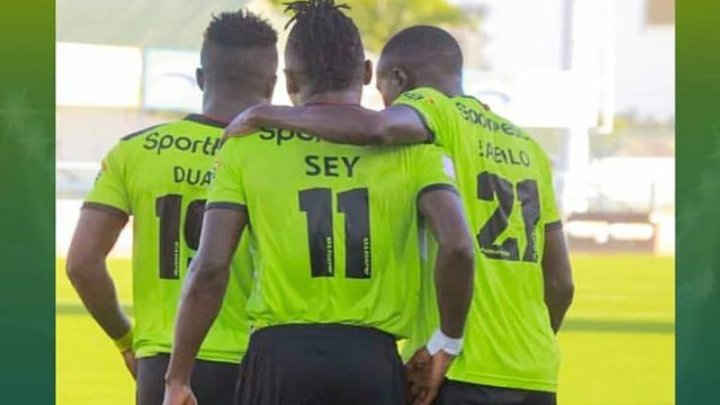 Mohammed Saaba Gariba was the provider when Ivorian side FC San Pedro clinched a very essential 1-0 victory in Senegal against ASC Jaaraf on Wednesday.

Central defender Desmond Agbekpornu was at the heart of defence of Nigerian side Rivers United who beat Bloemfontein Celtic 2-0 at the Petrus Molemela Stadium in South Africa.

Centre back Richard Ocran enjoyed full throttle for Zambian champions Nkana FC as they were held by Petro Atletico of Angola a 1-1 drawn game.

Former Hearts of Oak centre back Inusah Musah also played the entire duration of the game for Petro Atletico. 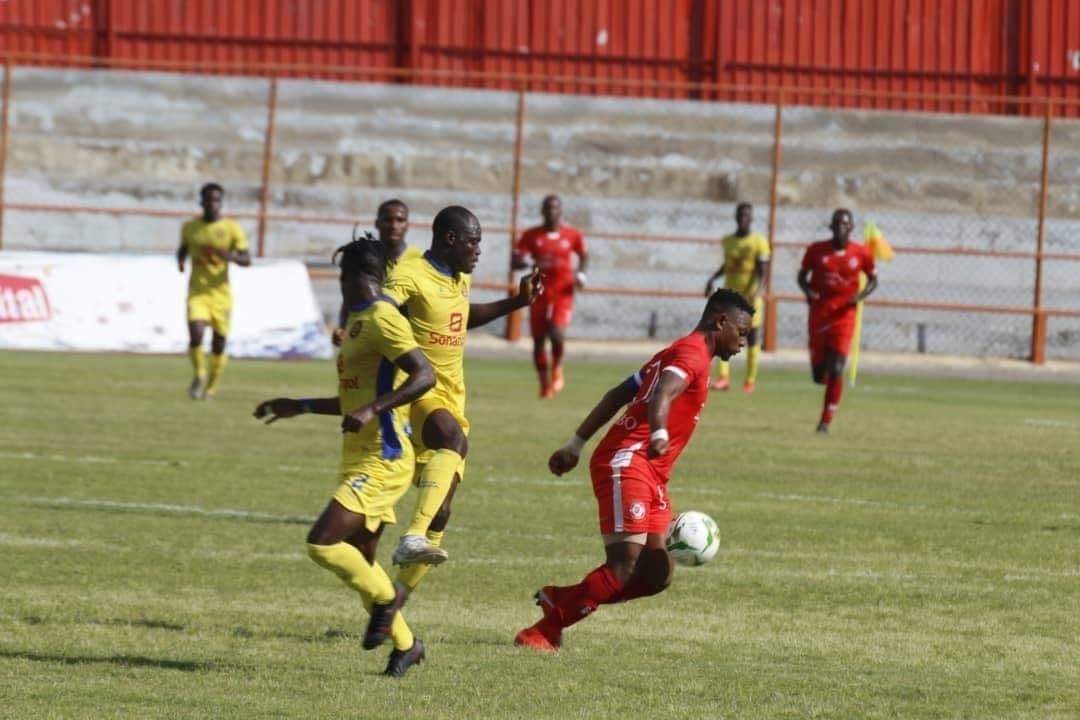 Godfred Asante played 90 minutes for Guinean champions Horoya AC as they played out a 1-1 stalemate in Ivory Coast against Racing Club Abidjan.

Enock Atta Agyei started for Horoya but made way for captain Ocansey Mandela in the 71st minute of the match.

Brefo Mensah was an unused substitute for the Guinean giants.

Ghanaian coach Mohammed Bashar Ogba was in charge of Niger champions AS SONIDEP when they suffered a 1-0 home defeat to giants Al Ahly SC in Niamey on Wednesday.