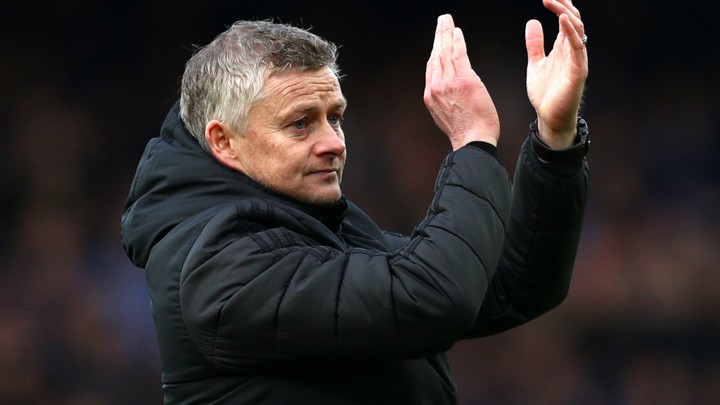 The last few weeks have been strange. If we’re being honest, nobody really knows how best to deal with the effects of the Covid-19 outbreak, aside from staying inside and following government guidelines.

Businesses across the world are already suffering and footballers have been called out for not doing enough by the government’s health secretary, Matt Hancock.

But what is enough? There is no rule book on how to act in a pandemic.

Should the highest earners in the country be demanded to give a percentage of their salary? Should people not working be volunteering? Should businesses be keeping all their staff on? The short answer is nobody knows and across the world the majority of people are doing all they can do, and that’s their best.

That includes a lot of the footballers in England. Premier League stars had started giving back long before they were publicly shamed by Hancock in one of the government’s daily briefings.

The list of players donating to charities does not stop at Manchester United players, there is an extensive list from all clubs across the football pyramid – but a lot of Ole Gunnar Solskjaer’s side have decided, off their own back, to do what they can.

That’s something that has been replicated by the club, who have got every decision right so far in these tough times we find ourselves in.

United have come in for heavy criticism in the past decade for decisions they have made off the field. Whether that be over their decaying Old Trafford stadium, player recruitment, poor managerial appointments or the increased net debt, fans have had found plenty of fault with the way in which the American owners are running the club.

However, you would be hard pushed to find anyone who thinks the Glazer family and the directors shouldn’t be commended for how they have dealt with issues during the Covid-19 crisis.

Their first big decision was to guarantee to pay all match day casual staff for this season's remaining Premier League games at Old Trafford, regardless of whether they go ahead.

The goodwill gesture, which affected around 3,000 people, will cost the club around £1 million ($1.2m) and as executive vice chairman Ed Woodward said, it was a move to show how they valued their workforce.

“With its revenue and community significance, that’s a given,” one reply said on social media. Sometimes you can’t do right for doing wrong.

Granted, United are a global brand with a multitude of commercial partners but they didn’t have to do that. The same way they didn’t have to give the fans who had tickets for the game in Linz against LASK, which was played behind closed doors, £350 each at a cost of £245,000 to the club.

United also linked up with Manchester City to contribute a combined £100,000 ($120,000) to help Greater Manchester foodbanks during the crisis, and followed their neighbours' lead when it came to announcing they would not be furloughing staff and taking advantage of the government’s job retention scheme.

Liverpool’s original announcement that they would be utilising the government option prompted such a furious backlash that the Reds owners' performed a U-turn just 72 hours later and issued an apology to their supporters.

It is understood that the feeling at United over Liverpool’s decision wasn’t one of criticism, as every club finds themselves in different situations, and the email sent to staff on Monday afternoon confirming they would not be furloughing had nothing to do with the furious reaction their Merseyside rivals had provoked over the weekend.

It is believed that it was decided early on at Old Trafford that they would not be going to the government for help with wages but it takes time to ratify such decisions and then communicate them to the 900-strong full-time work staff.

Regardless, that decision also benefitted the circa 950 non-matchday casual workers who will be paid their weekly average wage up until June 1.

While City were criticised for continuing to take season-ticket payments, United announced the renewal date for theirs would be pushed back and supporters will be refunded the money should the games not be played.

The list of charitable donations and gestures is long, too.

Manchester United Foundation teamed up with club staff to package 30,000 food items from the stadium’s bars, kiosks and kitchens and delivered them to Stretford Food Bank and Salford Royal Hospital.

Gloves, aprons and gauze from the club’s matchday supplies were also donated to the Emergency Assessment Unit at Salford Royal and United staff are calling all of their over-70 season ticket holders to check on their welfare.

There’s a worry about leadership in these troubling times. Nobody wants to be the first for fear of making a mistake.

The usual rule book on how to deal with day-to-day scenarios that these clubs face has been ripped up, which is why some clubs, and maybe United in the coming weeks, will get some calls wrong.

The thought process behind the decisions at Old Trafford is to look after their staff and the supporters as best they can, while doing what they can to assist the local community.

However, when it comes down to it, football is a business and the longer the pandemic goes on, the more difficult some decisions will become.

For now, though, in a situation where different scenarios present themselves each week, United have done right by everyone connected with the club.