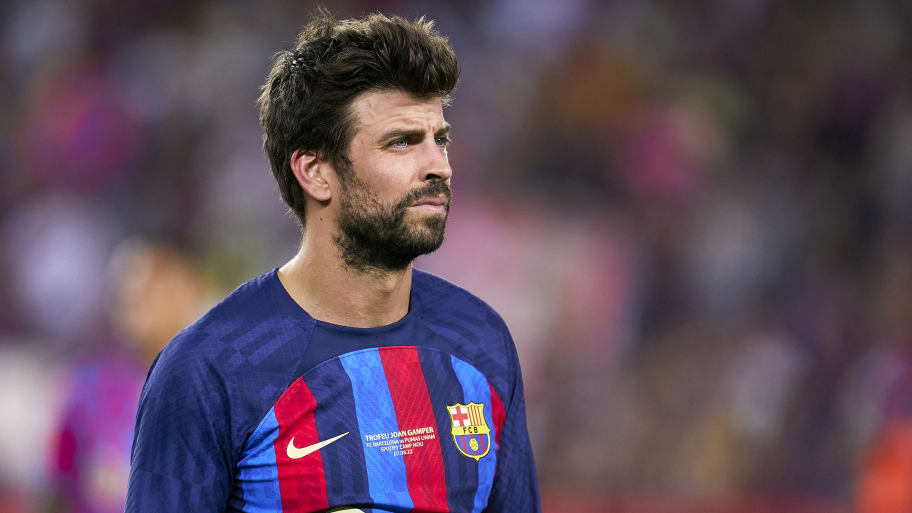 Gerard Pique is a Barcelone legend, having played in one of the most successful periods in the club's history.

The former Spain international played alongside Camp Nou legends like Lionel Messi, Andre Iniesta and Xavi and won an extraordinary amount of trophies as part of a dominant Barça side in the 2010s.

However, in November 2022 Pique announced his departure from his boyhood club that he briefly left for Manchester United early in his career before swiftly returning.

Pique didn't appear for Barcelona's senior side before moving to England with Manchester United. He only made 23 appearances across four seasons with the Red Devils, spending one season on loan at Real Zaragoza in 2006/07.

In 2008 he returned to Camp Nou and was soon a first team regular during a glorious treble-winning season. Pique would start in the Champions League final against United alongside Yaya Toure in central defence as goals from Samuel Eto'o and Lionel Messi earned them a 2-0 victory in Rome.

Barça would win five of the next seven available La Liga titles, with another two UCL triumphs coming in 2010/11 and 2014/15.

Pique also regularly lifted the Copa del Rey trophy, being on the winning side seven times - the most recent of which came in 2020/21.

A serial trophy winner with Barça, Pique also enjoyed success on the international stage with Spain.

After making his debut in 2009, the centre back was part of the Roja squad that won the 2010 World Cup in South Africa. Pique played every single minute as Spain recovered from an opening loss to Switzerland to concede just once in their remaining games to win the tournament.

Spain were widely regarded as the best international team during the early 2010s, a reputation they backed up at Euro 2012 with a dominant showing. France, Portugal and finally Italy were slain as Spain's all-star lineup won the Henri Delaunay Trophy.

However, the remainder of the 2010s were disappointing for Pique at international level. Spain were surprisingly knocked out of the 2014 World Cup at the group stage and at Euro 2016 their title defence was ended by Italy in the last 16.

He retired from Spain duty in 2018 after that year's World Cup, where they were knocked by hosts Russia in a penalty shootout. The defender made 102 appearances at international level, scoring five goals.

This article was originally published on 90min as How many trophies did Gerard Pique win with Barcelona?.