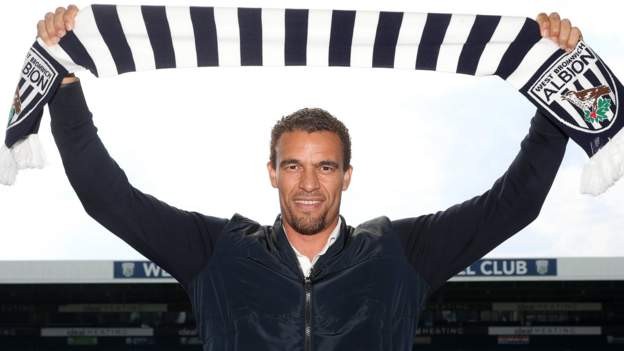 Marco Silva, Slavisa Jokanovic and Valerien Ismael have been respectively tasked with guiding Fulham, Sheffield United and West Bromwich Albion back to the Premier League

The new Championship campaign kicks off on Friday night, when West Bromwich Albion travel to Bournemouth.

The Baggies, alongside fellow relegated clubs Fulham and Sheffield United, will be targeting an immediate return to the Premier League.

Last season the automatic promotion places were filled by two teams who had just dropped out of the top flight, as Norwich City won the title ahead of Watford.

Bournemouth, the third side to come down in 2019-20, were beaten in the play-off semi-finals by eventual Wembley winners Brentford.

Things may not be so straightforward for the Whites, the Blades and Albion, who all have new bosses at the helm.

Some of their stars could yet depart before the transfer window closes, so how well are the relegated trio prepared for life back in the second tier?

Who's in charge? Following what seemed a long few weeks of wrangling at the club, Scott Parker left Fulham at the end of June to join Championship rivals Bournemouth.

The west London club turned to Marco Silva as the man to guide them back to the promised land.

The 44-year-old Portuguese, who has signed a three-year deal, has had spells in England with Hull City, Watford and Everton - but has never managed in the Championship.

What's the squad like? The Craven Cottage side, play-off winners in both 2017-18 and 2019-20, brought in 12 players last summer for their ultimately-doomed assault on the top flight.

Six of those were loan signings, so gone are the likes of goalkeeper Alphonse Areola, centre-back Joachim Andersen and winger Ademola Lookman.

Fulham's promotion hopes may rest on whether they can keep hold of Aleksandar Mitrovic, and get the Serbia striker firing again after just three league goals last season

The Whites have added former Spurs keeper Paulo Gazzaniga and paid Liverpool a reported £12m for Wales midfielder Harry Wilson, while the core of the squad which won promotion a year ago is still on the banks of the Thames.

Keeper Marek Rodak, defenders Michael Hector and Joe Bryan and midfielder Tom Cairney did not get much of a look-in last season, while striker Aleksandar Mitrovic has 38 goals in 57 Championship outings for Fulham.

Fulham will be among the contenders and might be favourites for promotion.

You only have to look at their squad to see that the majority of them have experience of a Championship promotion campaign, and they have added a brilliant player in Harry Wilson.

The Wales international's loan spells over the past few years at various clubs at this level have proven that he is a difference-maker in attack who can be deadly from set pieces.

There will be more incomings and outgoings to come for certain under Marco Silva. He's made a name for himself in this country without leaving an obvious lasting legacy at any of his former English clubs.

What might be most interesting will be how Fulham reintegrate many of their players who were deemed surplus to requirements while they were in the Premier League, many of whom were so instrumental in getting the club there in the first place.

They seem to have the squad to contend but do they have the manager, the team spirit and the determination to get promoted again?

Who's in charge? After the exit of Chris Wilder, who led the club from League One to the top flight, and the caretaker reign of Paul Heckingbottom, the Blades have appointed a coach who knows his way out of the Championship.

Slavisa Jokanovic secured automatic promotion with Watford in 2014-15, and led Fulham up through the play-offs three years ago.

The Serb's sides are known for their free-flowing football. Having left Qatari side Al-Gharafa, the 52-year-old becomes the South Yorkshire club's first overseas manager.

What's the squad like? Probably in need of a pick-up, psychologically. United lost 29 of their 38 matches in the Premier League last season, finishing bottom and 16 points adrift of safety.

Goalkeeper Aaron Ramsdale, a late call-up to England's Euro 2020 squad, has been attracting interest, while midfielder John Lundstram has moved north of the border to join Rangers.

The rest of the squad remains, with some decent options up front including David McGoldrick, Oli McBurnie and Lys Mousset.

Sheffield United are expected to challenge for promotion.

The Blades have an experienced squad, many of whom have been promoted before, and a proven manager in Slavisa Jokanovic, who's twice led teams back to the Premier League.

Expect a possession-based attacking style and a high press without the ball, using a 4-3-3 (effectively a 4-3-1-2) formation to get more forwards onto the field.

Much will then depend on Brewster, McBurnie and Mousset finding a seldom-seen goal-scoring touch. However, the Frenchman's pre-season form has been encouraging.

But overall there is a quiet confidence the Blades will be at least in the mix for the play-offs - if not automatic promotion.

Who's in charge? The Baggies have chosen Valerien Ismael, who caught the eye with Barnsley last season, as the man to replace Sam Allardyce in the dugout.

The former Crystal Palace and Bayern Munich defender, 45, took over the Tykes in October when the club were 21st in the table.

He catapulted the Oakwell side up the division and into the play-offs with a brand of direct football and an intense high press.

What's the squad like? The Baggies won just five of their 38 Premier League matches under Slaven Bilic and, latterly, Allardyce, and two of their stars - goalkeeper Sam Johnstone and midfielder Matheus Pereira - look to be heading for the exit.

Midfielder Alex Mowatt has followed Ismael to The Hawthorns on a free transfer, and centre-back Matt Clarke has joined on loan from Brighton.

Up front, Karlan Grant and Callum Robinson carry the striking responsibility, but Matt Phillips and Grady Diangana will be expected to chip in with goals if Pereira departs.

It's always a little foolish to read too much into pre-season, but Albion's 4-0 win at local rivals Birmingham was impressive, and means they haven't conceded in their four senior friendlies.

The 3-4-3 system Ismael favours gives them solidity and, going forward, fluidity in pretty much equal measure.

Darnell Furlong and Conor Townsend showed plenty of mobility in the wide areas, while Jake Livermore's pitch coverage, alongside Alex Mowatt, was outstanding.

That's going to be crucial if Ismael's 'Swarm Ball', to unsettle the opposition while they're in possession, is to succeed.

The front three of Diangana, Robinson and Grant showed their awareness, and an ability to interchange will prove a handful for most Championship defences.

But it's clear Albion still need squad options to cover injuries and suspensions as the season progresses, which is why the Johnstone and Pereira sales need concluding sooner rather than later.

To this observer, Pereira's unhelpful misinterpretation of Ismael's "committed" remark at the weekend means relations will now inevitably be strained, making his departure before the issue becomes too much of a distraction critical.

The problem is Saudi club Al-Hilal offered nowhere near enough to persuade Albion to part with the Brazilian and his stance on social media may well scare other potential suitors off.