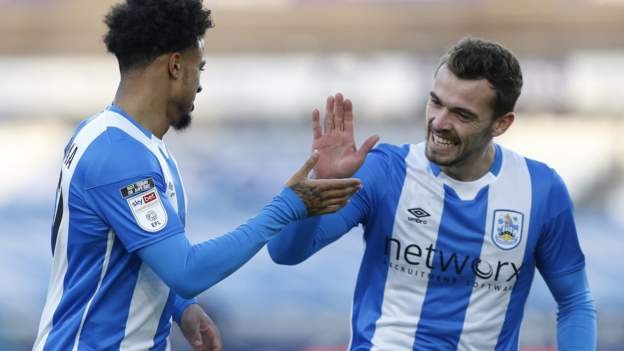 Josh Koroma gave Town a great start as he picked up the ball close to half-way, ran unchallenged to the edge of the box and curled a right-footed effort into the top corner.

Koroma turned provider for the second as his well-timed pass after a lovely, flowing move allowed Harry Toffolo to slot home from close range.

The victory was marred, however, when Huddersfield captain Christopher Schindler appeared to suffer a serious knee injury with 15 minutes left and the German needed oxygen before he was taken from the field.

The Terriers move up three places to 13th in the Championship while QPR drop to 18th, four points above the relegation zone.

After an impressive first-half showing in their defeat by Bristol City on Tuesday, Rangers failed to repeat it in West Yorkshire - Seny Dieng produced a great save to keep out Toffolo two minutes after the opener and also denied Fraizer Campbell after another excellent passing move shortly before the Terriers went 2-0 up.

Carlos Corberan's men had three chances to go further ahead 10 minutes after the break as first Isaac Mbenza curled wide from the edge of the box, then Koroma just missed getting on the end of Carel Eiting's fizzed cross before Pipa forced a save from Dieng.

Rangers had their keeper to thank yet again 10 minutes later as he pulled off a fine save from Lewis O'Brien's shot.

Ben Hamer in the Huddersfield goal had little to do as the R's had just two efforts on target, the second a Dominic Ball stoppage-time free-kick which he easily saved.

Attempt missed. Albert Adomah (Queens Park Rangers) header from a difficult angle on the left misses to the left. Assisted by Todd Kane with a cross.

George Thomas (Queens Park Rangers) wins a free kick in the attacking half.

Juninho Bacuna (Huddersfield Town) wins a free kick in the defensive half.