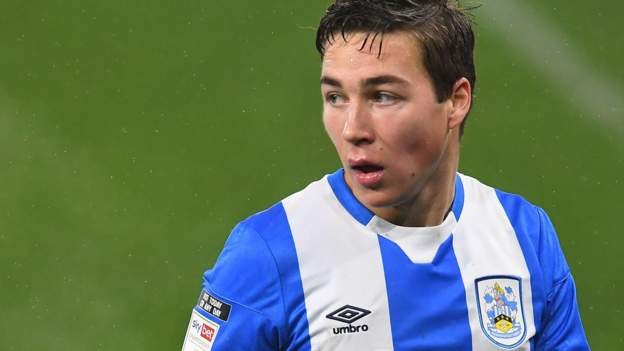 Carel Eiting has made 17 league appearances for Ajax

Huddersfield Town loanee Carel Eiting is facing up to four months out after having knee surgery.

The 22-year-old midfielder is on a season-long loan from Dutch club Ajax and has returned to Amsterdam to undergo treatment.

Eiting has scored three goals in 19 appearances for the Terriers.

"The decision now will be with Ajax, but it is going to be difficult to see him again this season," boss Carlos Corberan told BBC Radio Leeds.