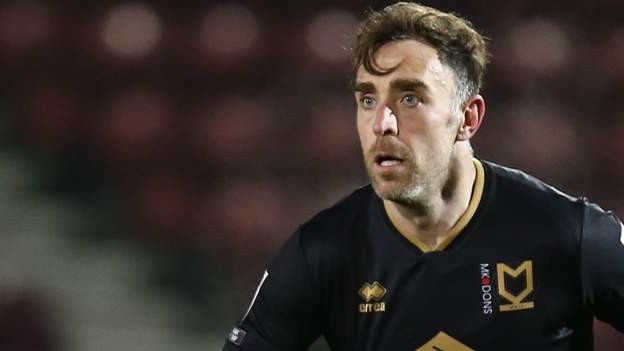 Huddersfield Town have signed former Republic of Ireland defender Richard Keogh from MK Dons until the end of the season for an undisclosed fee.

The 34-year-old joins the Terriers after returning to football with the Dons in August, playing 21 times.

Keogh had been out of the game since his sacking by Derby for 'gross misconduct' in October 2019 after a car crash in which he injured his knee.

Before his exit, he was Rams captain and has made 640 career appearances.

He provides cover for a Town side without Richard Stearman, Christopher Schindler and Tommy Elphick.

"He has a lot of experience," Huddersfield boss Carlos Corberan said.

"He has regularly played over 4,000 minutes per season at his previous clubs, and you need the combination of his experience alongside our young players to create a competitive team.

"The competitive character he has, and the respect he has for his job, are very important values within our group."

Keogh has played for Huddersfield before, scoring once in nine appearances on loan from Bristol City.