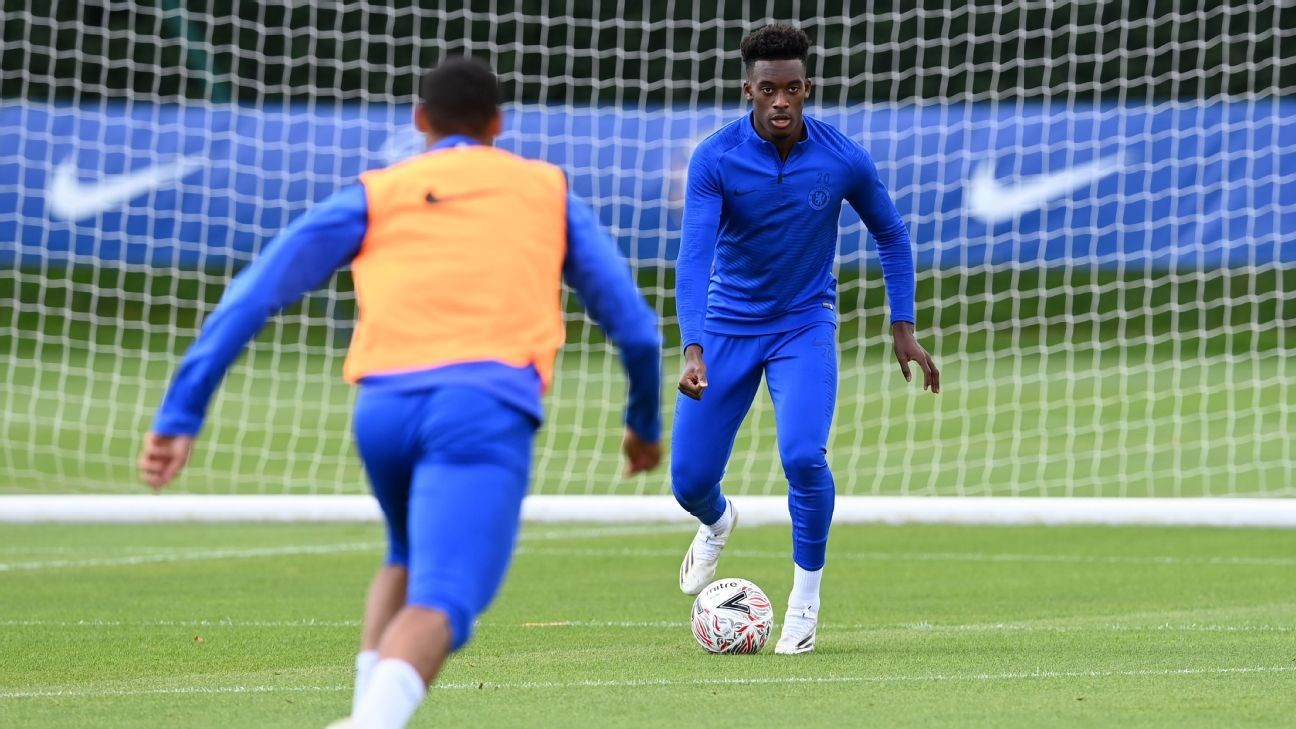 Callum Hudson-Odoi has said Chelsea cannot give up on their Champions League last-16 tie against Bayern Munich despite facing the daunting task of overturning a 3-0 first leg deficit.

The Blues face the Bundesliga champions at the Allianz Arena on Saturday and are aiming to become the first team in the competition's history to win a knockout tie after losing the first game at home by a three-goal margin.

"I think we'll approach it the same way as any other game. For me, every game, you can't feel nervous or anxious, you have got to be positive and feel confident in every game you go and play in," Hudson-Odoi told ESPN during the launch of Adidas' new X20 Ghost.

"It is a weird time to go and play Bayern, on a Saturday, in a very weird strange time, but at the end of the day, we've got to stay focused, be positive and hopefully go out there and get the right result."

Bayern cruised to the Bundesliga title and have won 21 of their 22 matches in the calendar year to date, including all 11 competitive games since German football resumed in mid-May.

Chelsea's task is made even harder by injuries to Christian Pulisic, Pedro and Cesar Azpilicueta while Jorginho and Marcos Alonso are both suspended.

Chelsea, who beat Bayern in the same stadium eight years ago to win their only Champions League title, have already qualified for next season's competition by securing a fourth-place finish in the Premier League, prior to losing the FA Cup Final to Arsenal.

After a season which began with the departure of Eden Hazard to Real Madrid, Frank Lampard's appointment as head coach and a FIFA transfer ban preventing them from signing any players until partially winning an appeal in January, Hudson-Odoi said his team-mates have already silenced their critics no matter what happens in Munich.

"We've come out this season and done really well, got top four, we worked really hard, were unlucky not to get third in the Premier League and we're in the round-of-16 in the Champions League so I think we've done well. We should be proud of us as a team and hopefully go next season even stronger and better."