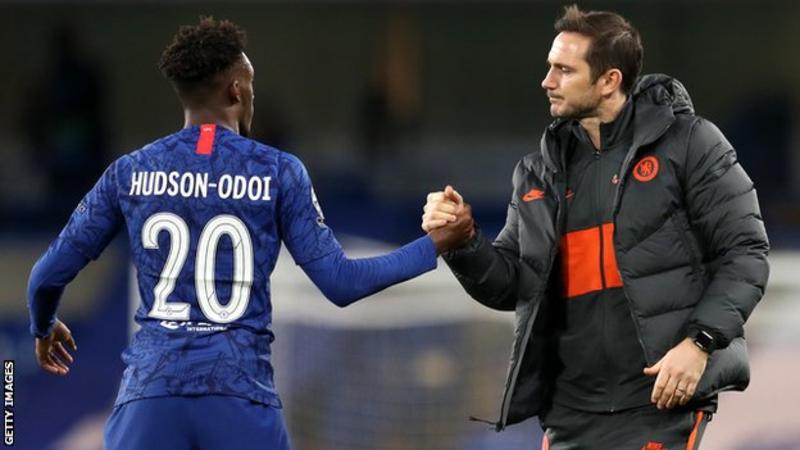 Chelsea winger Callum Hudson-Odoi says he had 'one conversation' with manager Frank Lampard to be convinced of committing his future with the club.

The 19-year old signed a five year contract extension with the Blues to end speculations of a move abroad after Chelsea had rejected a £35m bid from Bayern Munich.

The Ghanaian English international is part of the Three Lions squad preparing for the Euro 2020 qualifiers against Montenegro and Kosovo.

“I had one conversation (with Lampard)," he said.

“I just had a conversation with him and then from there, I knew this is where I wanted to stay 100 per cent.

“I can't say exactly what he said but he just said he believes in me, he wants me to work hard and if I believe in myself then he believes in me and things will go well for me at this club.

“And he wants me to play for him.

“They were encouraging signs for me that you want to hear from a manager, that he believes in me and has faith in me, that I can become a good player and achieve a lot of stuff at the club.

"I was excited. It was exciting times that a new manager was coming in and also you know that he will play at least some of the youth boys as well."