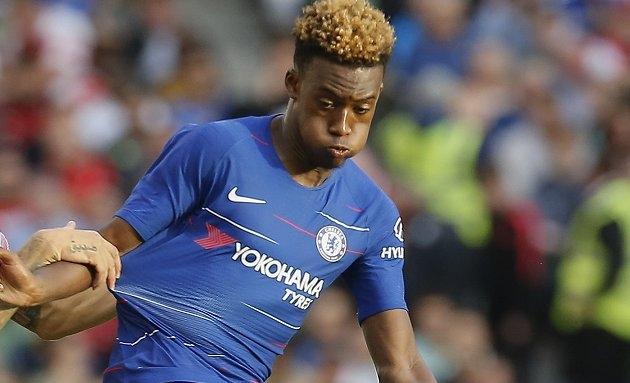 Maurizio Sarri must drop the inconsistent Willian and place his faith in Callum Hudson-Odoi for the 18-year-old to be considered Chelsea’s next world-beater.

When the Blues signed Willian from Anzhi Makhachkala, the Brazilian snubbed London rivals Tottenham to complete a switch to Stamford Bridge, but the winger often displays a level of performance that now raises doubt over his worth in the side.

Whenever Willian plays on the left-flank, you can expect the 30-year-old to shift the ball onto his right foot and fashion a shot on goal that often fails to find the target.

As for when the £45million-rated Brazilian features on the right, he will regularly stand off the defender who closes him down as he waits for an overlap, as his end product tends to lack the edge needed to create a clear opening.

It is these types of performances that make it astonishing that Chelsea never cashed in on the rumoured interest of Manchester United in the summer or Barcelona in January.

Who will be the next ‘Big 6’ manager to be sacked? The Pl>ymaker FC squad all seem to agree on one name. Find out who in the video below…

Pricing Willian above his worth time and time again

In the summer when Jose Mourinho looked to re-sign one of his former players, the potential for Man Utd to step in was only there because Chelsea priced Barca out of a deal, making a demand for €70million (£61.2m).

When the La Liga giants re-entered the frame in January, again the Blues over-valued the talent Willian possesses, as they turned their nose to a deal worth around £50million.

The offer included the Blues gaining the services of Malcom, who Barcelona had only signed in the summer, and he could have stepped straight into Sarri’s starting XI in the place Willian would have vacated.

Hudson-Odoi continues to watch and wait

Turning away vast sums of money for a player whose contract expires in the summer of 2020 is one thing, but to continue playing the 30-year-old over the hottest talent emerging from the academy is another.

Hudson-Odoi has shown in his brief outings in blue that he can offer something far more dynamic in attack, and take on the opposition’s full-backs with more skill and enthusiasm than Willian. Yet he continues to be shunned by Sarri.

The 18-year-old could easily be Chelsea’s next world-beating wide man but the honour will never be his if he is not featuring on the pitch, and the England Under 19 international’s hopes of joining Bayern Munich will only continue to grow.