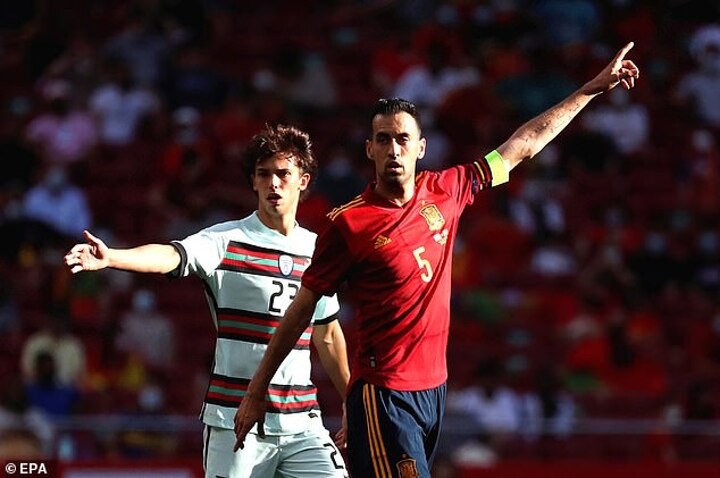 Spain have received a huge boost with Sergio Busquets allowed to return to the squad after testing negative for Covid-19 ahead of their Euro 2020 match against Poland.

Luis Enrique's pre-tournament plans had been thrown into disarray earlier this month when Busquets was one of two players to contract the disease, forcing Spain's entire squad into isolation.

However, Busquets has now been given the green light to re-join the squad and will travel with them down to Sevilla for Saturday's Group E match with Poland.

The 32-year-old is one of the most experienced heads in the squad and a key man for Enrique and Spain in midfield.

Spain, whose entire squad has since received their Covid-19 vaccinations, will be looking to get their first win of the tournament against Poland after being held to a frustrating draw against Sweden in their opening match.

Enrique's men have 86 per cent possession and dominated the entire match but failed to breach Sweden's defence, with Alvaro Morata drawing fierce criticism afterwards for spurning their best chance of the match.

Morata copped much of the blame from the Spanish press after fluffing his lines against Sweden while Enrique has been put under pressure to drop him.

What did you do, Morata?' was the question asked by Mundo Deportivo, while El Mundo said the striker had a 'horrible night' in front of goal.

SPORT, meanwhile, claimed the 28-year-old was 'especially unsuccessful', while also saving some praise for the team as a whole, noting: 'La Roja did everything to win. [They were] intense, dominated, created chances... and Olsen was the Nordic saviour.'

The front page of Marca carried the headline 'Everything is good... except for a goal', claiming that Spain 'turned in a controlled and dominant performance.'

Spain need a victory against Poland, who lost their opening game to Slovakia, to boost their chances of qualifying from the group in a strong position.