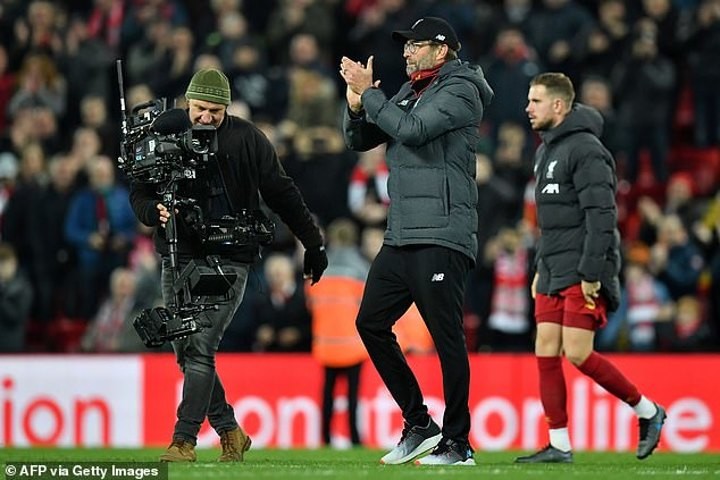 Premier League clubs are facing a further potential financial headache with many having taken out bridging loans on the basis of receiving all of their TV money.

While the Premier League are determined to finish the season, concerns remain about the prospect of the campaign being cut short due to the coronavirus and clubs having to repay up to £762million of broadcast rights money for matches that do not get played.

Having previously suggested return dates after April 4 and then April 30, the Premier League acknowledged on Friday that football will not resume at the beginning of May and will only do so when it is deemed ‘safe and appropriate.’

Clubs are paid their TV money on a staggered basis over the course of the year, receiving one payment in August another around January and the third at the end of the season.

In anticipation of receiving the funds it is common practice for clubs, especially those outside the so-called top six, to borrow money to ensure they have a significant amount consistently in the bank while they wait for the three-times-a-season payments.

Some sides use the short-term loans, which tend not to cover all of the TV money they are expecting but are still worth tens of millions, to ensure they have sufficient funds to sign players while others just to have a cushion in between the scheduled TV payments.

Should the worst case scenario arise, clubs will have already borrowed the extra funds but then will also not be able to keep all of the TV money, some of which would be earmarked for the loan repayments.

The clubs have held discussions amongst themselves about trying to reach an agreement with broadcasters Sky and BT Sport should any money need returning.

There is hope that should repayment be required a deal could be reached that allows any refunds to be spread over a period of time rather than be due in one hit and immediately.

Premier League clubs receive 50 per cent the UK broadcast revenue guaranteed and equally shared among all 20 clubs. Last season that was worth just under £35m to each club.

The remaining 50 per cent is made up of a facility fee based on how often they are on TV and a merit payment relating to a club’s final league position.

Those payments are both made at the end of a season along with any of the remaining, guaranteed money that has not already been sent to the clubs in the earlier payments.

They also receive money for international TV rights and commercial revenues. Last season they were worth almost £44m and £5m respectively, with each club receiving the same amount.

Though, for the next three years, the Premier League’s biggest clubs will receive more from international rights after pushing for them to be awarded on a merit basis during talks about the new deal, ensuring they receive a larger share of the cash.