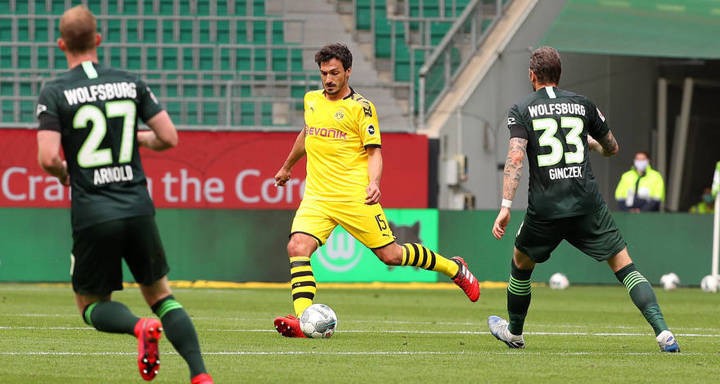 Playing at the heart of a back three, Mats Hummels kept things tight in his 250th Bundesliga appearance for BVB in Wolfsburg on Saturday and lost only one challenge before he was forced off with an injury during the half-time interval.

"He's been having problems with his Achilles tendon for some time but we hope he'll be able to play again on Tuesday," said sporting director Michael Zorc following the 2-0 away win in Wolfsburg.

Hummels himself was optimistic that he would be able to play a part in the top-of-the-table clash with Bayern Munich.

With 66 percent of his challenges won, the defensive linchpin is the toughest-tackling player in the Dortmund squad this term.