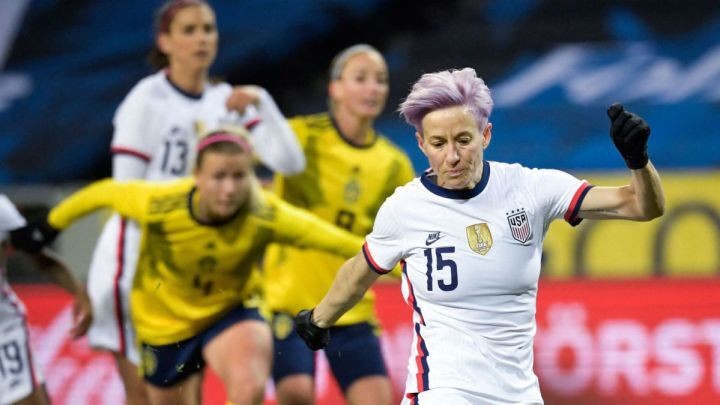 The 38-year-old player talked to RMC Sports on Monday prior to the United States Women’s national team second pre-Olympic exhibition match against France.

A judge in California has approved a partial deal between the US Soccer federation and the United States Women’s national team in their dispute over equal pay and unequal working conditions. US District Judge R. Gary Klausner approved the settlement on Monday and with this new deal the women’s national team will be given charter flights, hotel accommodation, venue selection and professional support staff.

“We are pleased that the court has approved the equal working conditions that the USWNT players have fought for many years to achieve. Finally, giving these athletes access to facilities, training, care and professional support is the next step needed in the long and hard work to grow the game of women’s football,” said players spokeswoman Molly Levinson in a statement.

The USWNT is still demanding more than $66 million in damages under the Equal Pay Act and Title VII of the Civil Rights Act of 1964. Last year The judge ruled the USWNT's claims regarding lower pay compared to the men's team were insufficient to allow the trial to continue. The players appealed the decision and this is now some good news, although the case is not over.

“We are committed as ever to our work to achieve the equal pay that we legally deserve and our focus is on the future and ensuring we leave the game a better place for the next generation of women who will play for this team and our country,” Levinson added.

Equal pay for each player

The United States Women’s national team will play against France in their second pre-Olympic exhibition match at the Stade Océane. They have not lost in their last 38 games but last weekend their winning streak came to an end with the 1-1 draw against Sweden. So prior to facing France, Megan Rapinoe, who scored the goal to level the score in that game, spoke about the unequal pay and working condition in the national team.

“We are just fighting for equality in investments, opportunities, same funds and resources to the team. I am not asking to earn the same salary as Messi and that is the truth,” said Rapinoe during an interview with RMC Sports.