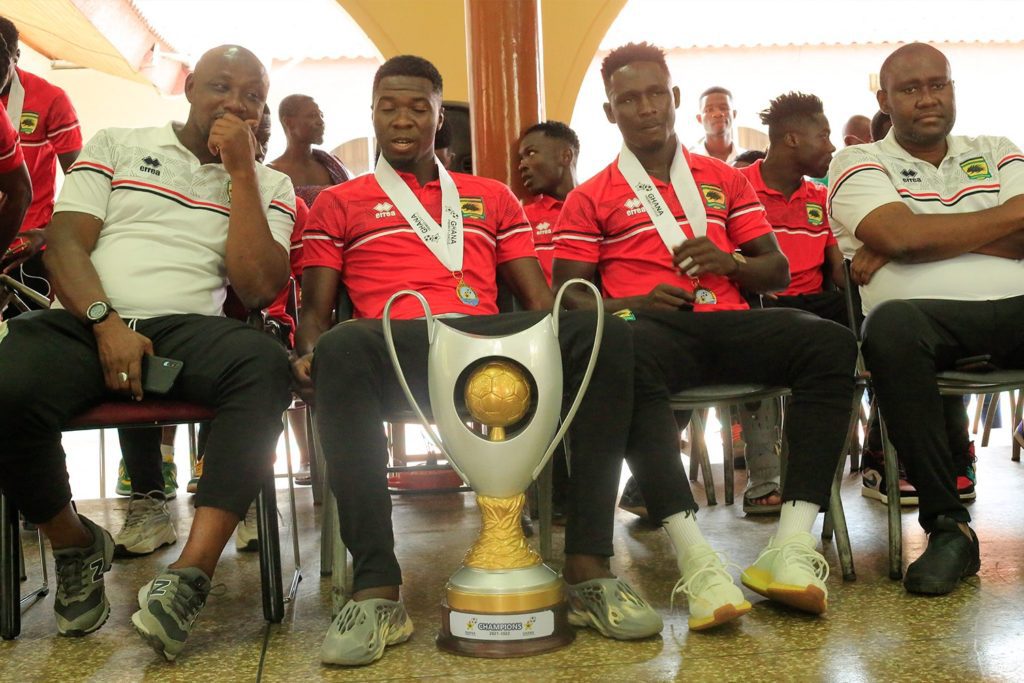 Asante Kotoko head coach Prosper Narteh Ogum has commended his team for delivering him his first major title in his career.

The Porcupine Warriors defeated relegated Elmina Sharks 3-0 in the penultimate game of the season at the Baba Yara Sports Stadium on Sunday to be crowned champions of the 2021/22 season.

Speaking after the game, Coach Prosper Narteh Ogum acknowledge the efforts of his team throughout the season as they clinched their 24th league title.

“I think they are amazing people, from nowhere we have gotten to somewhere and I think it is because of their discipline and commitment to the course that is what has brought as to where we are. I am proud of them and I want to tell them they have done well”.

‘‘He’s an amazing CEO. He takes his time to engage you as a coach with respect to what you have to do.  He also believes in reasons- Why we must do it this way and not that way. I think it has really helped,’’

‘‘He is a distinguished gentleman, he knows his job as a CEO, he's more abreast with the modern trends in the game- I mean how to project a team like Kotoko to be compared to the likes Al Ahly, Zamalek and what have you. That’s his intention and that’s exactly what he’s doing.’’

The Porcupine Warriors will represent Ghana in next season’s CAF Champions League.