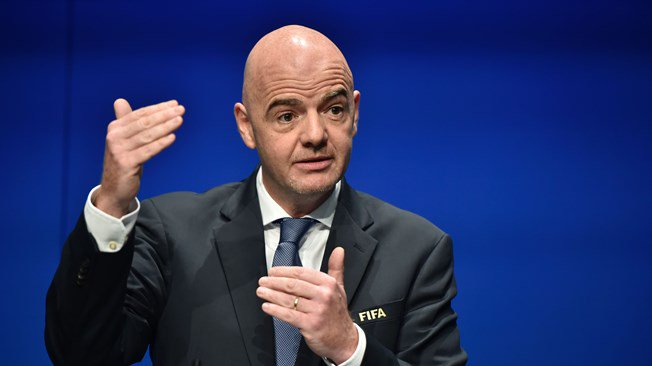 Chosen to host the 2019 Africa Cup of Nations, Egypt faces a race against time to get ready for the event in five months, but experts say it will meet the challenge.

The Confederation of African Football (Caf) on Tuesday said it selected Egypt ahead of South Africa to stand in for original hosts Cameroon, who were dropped due to delays in preparations and security concerns.

Since the announcement, the government and the Egyptian Football Association (EFA) have given assurances the country is ready, a point they have sought to hammer home since Cameroon lost the right to host it in November.

“We have to be ready two months before the competition, so we have three months,” EFA spokesman Ossama Ismail said.

An organising committee would be formed, including the sports ministry, security services and football authorities, he told AFP.

Details about preparations for the competition, scheduled to be staged between June 15 and July 13, would be known “in the coming days”, he added.

It is not the first time in the history of the Cup of Nations (Afcon) that the staging of Africa’s showpiece sporting event has run into trouble.

Morocco backed out as hosts of the 2015 tournament for fear of an Ebola outbreak, making way for Equatorial Guinea to stage it.

Security will be one of Egypt’s main challenges at the tournament, which has been expanded to 24 teams for the first time, up from 16 at the 2017 edition in Gabon.

Since the 2011 revolt and ousting of Islamist president Mohamed Morsi in 2013, the country has been hit by jihadist attacks and its forces have launched an operation against them in the Sinai Peninsula.

It has also witnessed deadly violence in and around stadiums during club matches, in response to which it has beefed up security and banned fans from attending, a measure eased only recently.

But the authorities say Egypt can cope.

“We are a safe country,” said Karam Kurdi, a member of the EFA board.

Egypt specialists say that the continent’s football colossus will be able to organise the event even at such short notice.

“Compared to other African countries, Egypt is considered one of the best in terms of infrastructure,” said Tarek Talaat, a journalist specialising in African football for the Yalla Kora website.

For him, the Caf opted for the most reliable alternative after Cameroon was stripped of hosting the event.

The second favourites to stand in were Morocco, the failed candidates to organise the 2026 World Cup, but to everyone’s surprise, they announced they were unwilling to host this year’s Cup of Nations.

“There is not much time to organise it of course, but I am sure that Egypt will manage to stage a great Africa Cup of Nations,” said Fifa president Gianni Infantino, who is currently in Benin.

“We know the power of the Egyptians and of Africans in general, they are a bit like the Italians – everything is done at the last minute, but everything is fine in the end,” added the Swiss-Italian.

Egypt already has at least eight venues ready for use, notably the 75 000-capacity Cairo International Stadium and the Borg El Arab in Alexandria, which seats 86 000.

The North African country, which has experience in mass tourism, has a multitude of hotels, two international airports, in Cairo and near Alexandria, and a road network linking the main cities.

Egypt is “technically capable of pulling this off”, said James Dorsey, a Middle East analyst at the S. Rajaratnam School of International Studies in Singapore.

“It’s an opportunity for the government to deliver something that people care about” at a time of economic crisis, said Dorsey.

The success in the English Premier League of Egypt’s own football star, Mohamed Salah, is something the Egyptian authorities, including President Abdel Fattah al-Sisi, have been eager to use to their advantage.

But at the international level, the Sisi regime is regularly accused by human rights organisations of serious violations, including politically motivated arrests and torture in prisons.

“I don’t think (staging Afcon) will distract from the criticism of the Egyptian government,” said Dorsey.