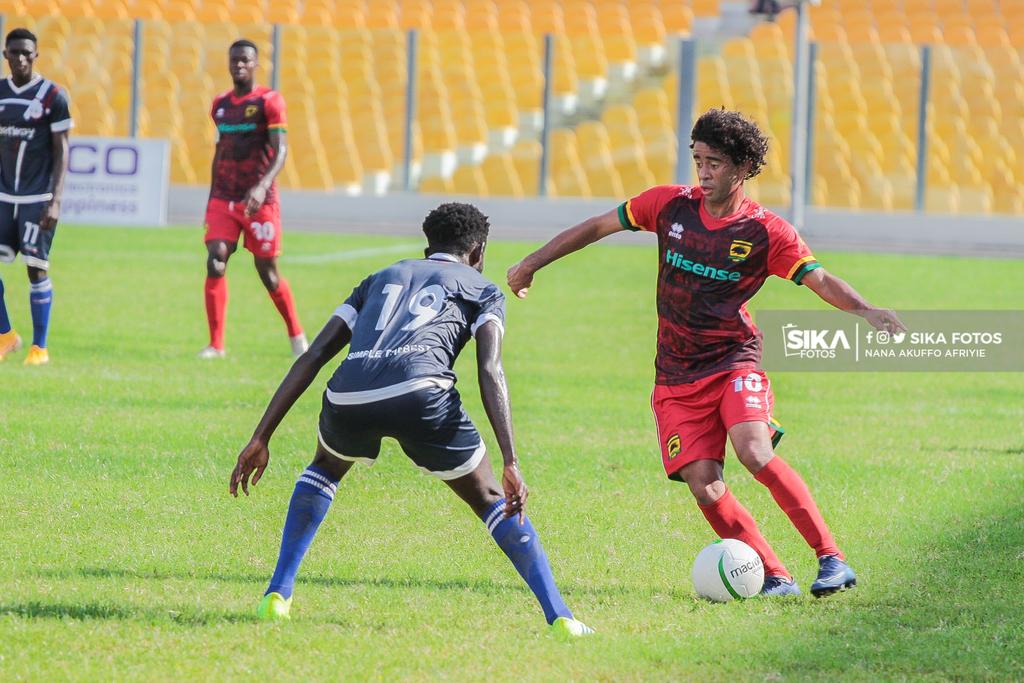 Asante Kotoko's Brazilian midfielder Fabio Gama says he has adapted to the weather in Ghana which is very similar to his country.

“I am used to the weather because I played in Brazil all my life and it’s the same weather. I have not started a game for a year. So, it is hard to keep the physique for the match. But am happy to play for 80 minutes,” he told reporters after excelling in Kotoko’s 2-0 win over Liberty Professionals.

It was his first start for the Porcupine Warriors since he joined them on a two-year deal prior to the start of the season.

Gama made his debut in late December but as a substitute as Kotoko drew 1-1 with Medeama.

But, on Monday interim coach Johnson Smith decided to start him and he did not disappoint.

The 28-year-old won a lot of hearts with his excellent performance. He assisted the second goal after playing a key role in the first.