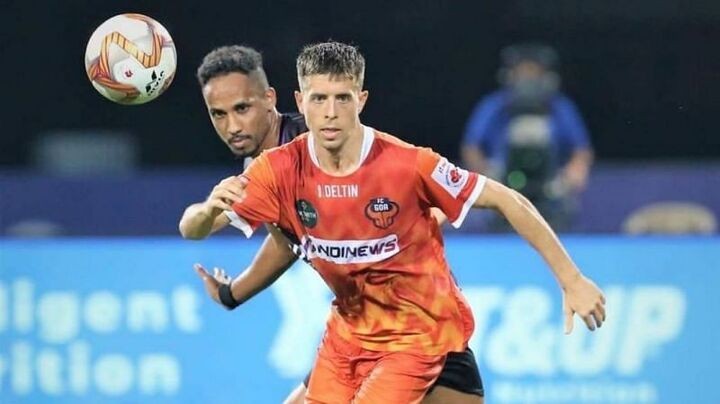 FC Goa are renowned for their exemplary scouting network. The Gaurs have qualified for the playoffs for the fourth time in a row and the sixth time in total since the inaugural Indian Super League (ISL) season.

FC Goa lost several key players before the start of the season. But instead of crying over spilt milk, they signed the likes of Igor Angulo, Jorge Ortiz, Alberto Noguera, and Ivan Gonzalez from Spain to replace the departed stars.

Alberto Noguera, who has been sensational for FC Goa, is one of the key reasons behind the club qualifying for the playoffs. The central midfielder has eight assists to his name this season - the highest in the division.

Noguera interacted with the media over a virtual round-table and talked about his experience at FC Goa, his plans for the season and AFC Champions League aspirations.

Noguera began by talking about the difficulties of staying inside a bio-bubble for months.

The Spaniard went on to talk about the absence of fans in stadiums:

FC Goa are grouped with Al-Rayyan and Persepolis in the AFC Champions League. The Gaurs will be the first Indian club to feature in the premium continental competition.

Alberto Noguera stated that he is open to playing in any position for FC Goa. In this regard, he said:

The overwhelming presence of Spanish players and support staff at FC Goa has certainly made life easier for Noguera in India.

Despite managing to win just two of their last nine ISL outings, FC Goa have managed to qualify for the playoffs. Speaking on his side's lack of wins, he said:

When asked about FC Goa head coach Juan Ferrando, Noguera was all praise for his compatriot.

The media interaction ended with the Spaniard speaking on refereeing standards during the current ISL season.