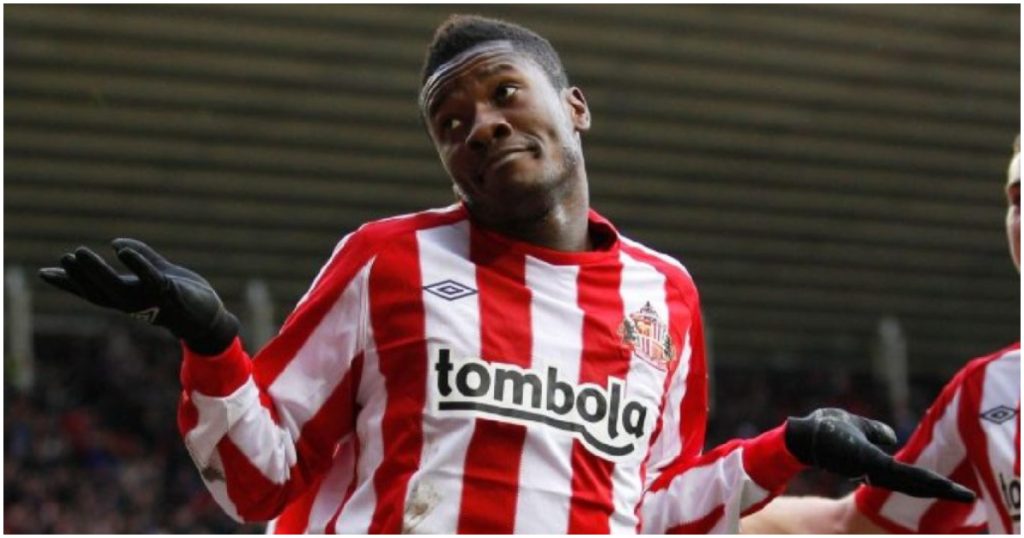 Former Ghana captain Asamoah Gyan has revealed that he was forced out of Sunderland.

The 36-year-old shocked the the footballing world in 2011 when he left the English Premier League to join Al Ain on loan, before later signing a permanent deal.

Gyan was in red-hot form for the Black Cats and was a fans favourite but Sunderland made him leave to the gulf.

"When the offer came, it was just a loan deal, and they felt they needed that money so they made me go and in the contract, it was stated that when the player decides to stay after the loan deal, they will offer a four-year permanent deal," he told Pure FM in Kumasi.

"Sunderland thought I will go and come back because they needed the money at that time. "However, when I went there I was top scorer and my football improved. So I assessed myself, something that will make me happy, and I fell in love with the place so I decided to sign the extension.

"But when the deal actually came, I didn't want to leave because I was the marksman and Darren Bent had left for Aston Villa and I was the top man, scoring goals and the fans loved me. So when you look at all these things and let me leave and I also look at my personal terms and I feel it was good, and the club wanted me out, why not?.

"They didn't care about the fans and if they turned a blind eye to all that I did and wanted to let me leave, why not."