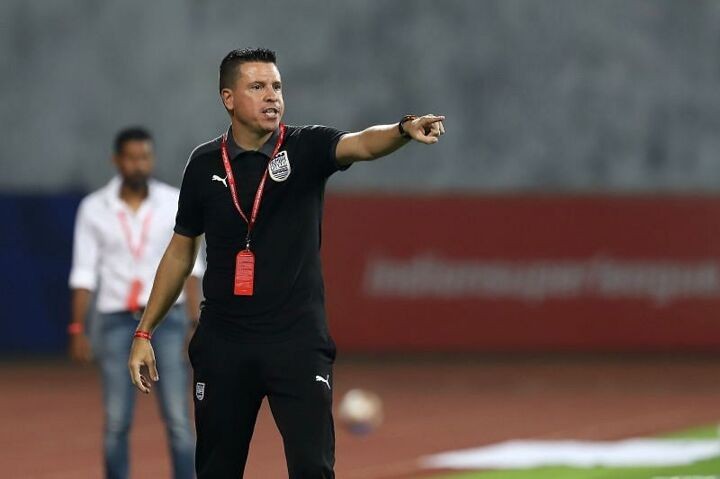 Mumbai City FC twice came from behind to play out a thrilling 2-2 draw with FC Goa in their Indian Super League (ISL) semi-final first leg clash on Friday.

The referee for the game, Pranjal Banerjee, turned down two penalty appeals by the FC Goa players, despite replays confirming the opposite. In the dying embers of the match, Mourtada Fall lunged into a two-footed tackle on Princeton Rebello. But the towering Mumbai City FC defender only received a yellow card.

When asked if Mumbai City FC were lucky to come away with a draw, the Islanders' head coach Sergio Lobera replied:

FC Goa missed the services of Ivan Gonzalez, who was suspended, while Seriton Fernandes limped off the field in the 34th minute.

The Indian international had a poor outing and even conceded a penalty, which led to FC Goa scoring the first goal of the game. Just before the half-time whistle, Mandar clipped the legs of Jorge Ortiz Mendoza once again. However, the referee failed to spot the infringement.

Adam Le Fondre, who normally plays as a striker, was deployed as a right-winger to accommodate Bartholomew Ogbeche upfront. Sergio Lobera defended the duo's performance against FC Goa.

Mumbai City FC and FC Goa will lock horns again in the second leg of their ISL semi-final clash on Monday.