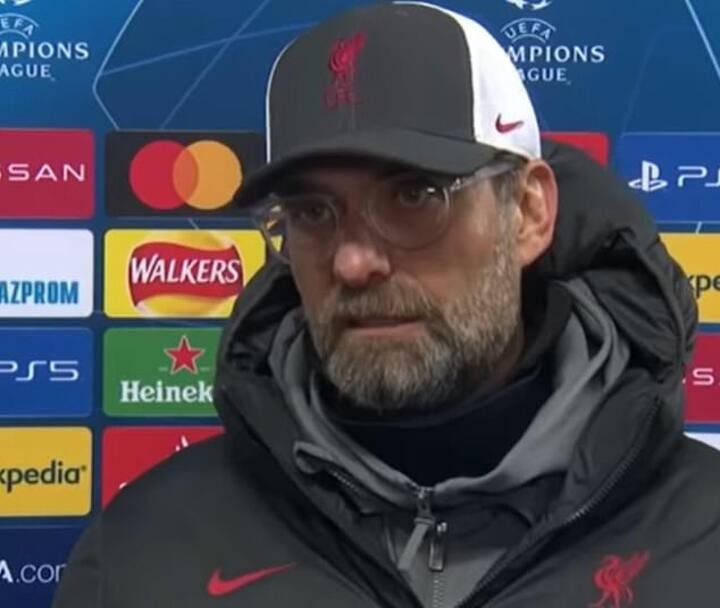 Jurgen Klopp couldn't resist another dig at BT Sport in his post-match interview on Wednesday night after Liverpool lost to Atalanta but not everyone is on board with his war against the television schedules - with even his own fans disagreeing.

Liverpool now need to brush themselves down ahead of a trip to the south coast to face Brighton in the Premier League's early kick-off on Saturday - scheduling that Klopp said was 'almost a crime' to broadcasters BT after Wednesday's defeat.

Victory over Atalanta would have sealed Liverpool place in the last-16 of the Champions League after just four games. In turn, Liverpool would have had two dead rubbers for Klopp to rest his stars but instead they host Ajax next Tuesday in another bid to reach the knock-outs.

And the missed opportunity was not lost on some Liverpool fans, who took to Twitter to outline their hope that Klopp will refrain from blaming the TV schedule from now on.

'Klopp should take the blame for tonight,' one fan wrote. 'I don't want to hear him moan about how many games there are when he ha a chance to make the last two group games dead rubbers and put that team out.'

But the changes didn't work and Liverpool conceded two quickfire goals against the Italians in the second half. They also, perhaps more alarmingly, didn't get one shot on target during the match.

'Don't want to hear Klopp complaining about the fixtures over the next few weeks,' wrote another supporter, while one said: 'Stop moaning Klopp, it may affect the players.'

Other football fans outside of Liverpool supporters also said how they were growing bored of Klopp's complaints.

One said on Twitter: 'Can't wait to hear what Klopp has to moan about today, was it windy? Too many games? Too cold?'

Another wrote: 'Klopp crying about the schedule every game is annoying now.'

Klopp didn't blame the schedule for his side's underwhelming display at Anfield but has been pointing to the early Brighton kick-off for days now, underling his concerns over the welfare of his players.

'You (BT Sport) my special friends ask us to go on Saturday at 12.30pm, which is nearly a crime to be honest,' Klopp said. 'It has nothing to do with the game tonight but congratulations for that.

'My only interest in the moment is that I get a thumbs up, nobody injured, let's recover immediately.'

After beating Leicester 3-0 on Sunday, Klopp said Brighton had been given 'an early Christmas present' by playing Liverpool so soon after their clash with Atalanta.

Liverpool are joint-top of the Premier League standings with 20 points from 10 matches but with Tottenham and Chelsea, who occupy second and third, playing each other on Sunday three points against Graham Potter's side are imperative.