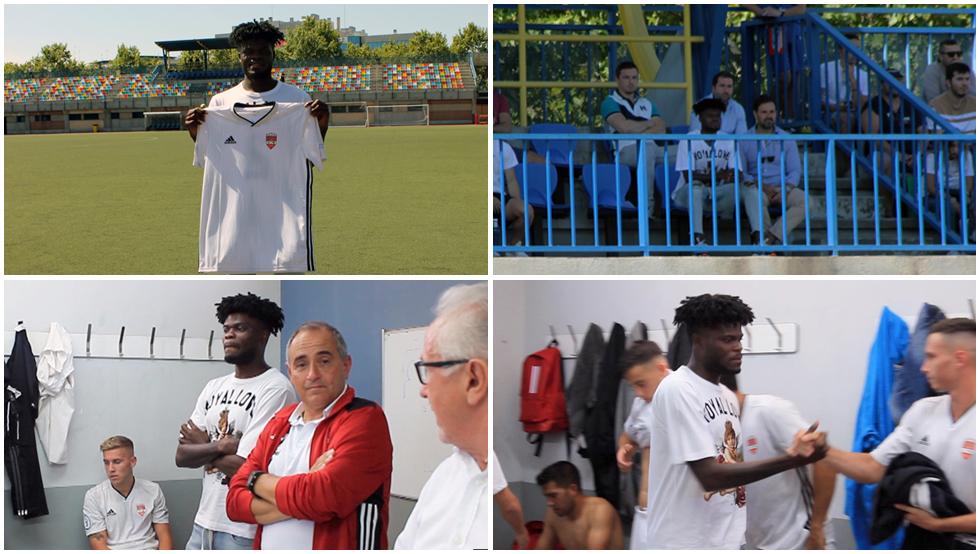 Part owner of Spanish lower tier side Alcobendas Sport, Thomas Partey has revealed that he becomes restless watching the club play than when he is on the pitch.

The Ghana international acquired the lower tier club in July after long time pal Jose Jimenez introduced him to the team.

The 26-year old Atletico Madrid player regularly watches the club play and he discloses that he feels nervous watching the club play.

“From the box I am more nervous than in the field. When I see things that shouldn't happen, you think you could do it, but being unable to be in the field, you get more nervous,” he quoted as saying by Mundodeportivo.com.

Partey has dreams of seeing the club climb up to the upper divisions of Spanish football.

However, the Rojiblanco also admits the beginning has been tough but with game after game and as years come by the team will reach where they want it to be.

"This year we see it a bit complicated, but we have to be strong, maintain the category and I hope that next year we can do important things," he added.