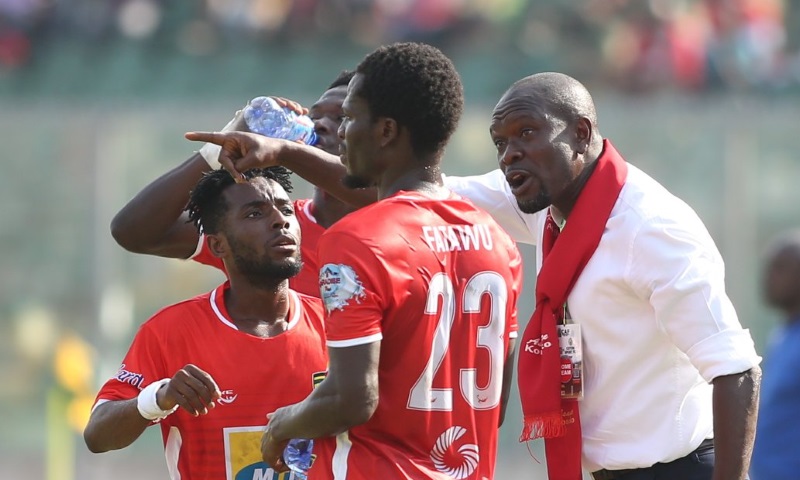 Asante Kotoko coach C.K Akonnor has rubbished reports of an ongoing feud between him and players of the club, revealing he goes to the extent of talking to spouses of his players if there is a problem.

According to the former Black Stars captain, he has established a near perfect relationship with his players which allows to even talk to their wives and girlfriends when he finds out there is something wrong with a player.

Recently there been a reports dressing unrest at the club with many claiming the coach picks and chooses players he likes over performing ones.

"There's nothing like that. I go to the extent of speaking to the wives and girlfriends of my players to find out how I can help with issues in their private lives," Akonnor told Sikka FM.

Despite the reports of tension between the coach and his players, the Red lead Zone A of the Special Competition.

On Wednesday they beat Berekum Chelsea 2-0 at the Baba Yara Stadium.