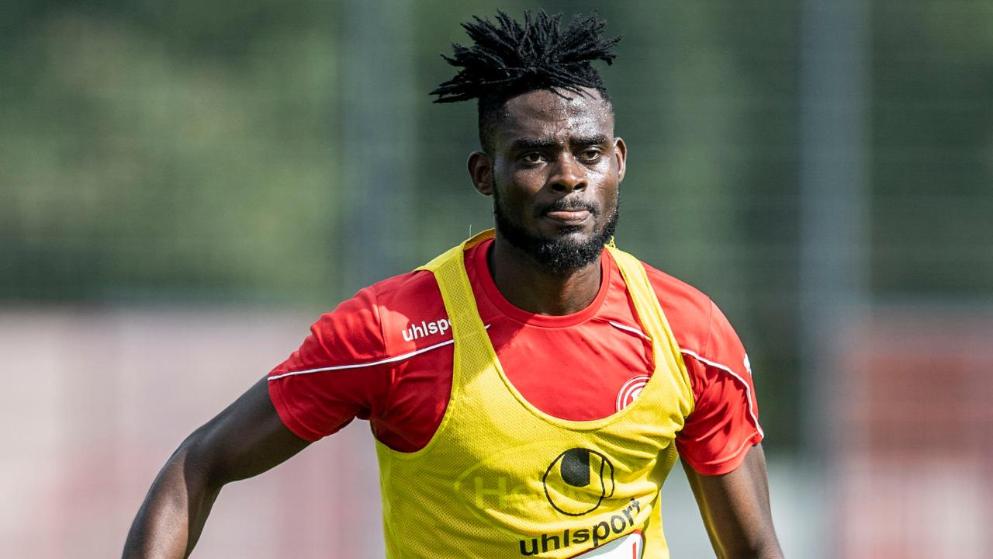 Ghana defender Kassim Nuhu Adams has disclosed that he got his good looks from his beautiful mother.

The Fortuna Dusseldorf defender, who was asked by German news portal Bild about his impressive looks said he inherited it from his mother.

"That's what I inherited from Mama!," he jokingly said.

Adams joined the Flingeraners on loan from TSG Hoffenheim and could make his debut this weekend when the Bundesliga starts against Werder Bremen.

Even though, it's not confirmed he will be starting, the player says he is ready to give his best for the club regardless.

"But no matter which of us four defenders plays: It is only important that the team plays successfully," says Kassim to the Bild.

Adams was an integral member of the Ghana national team at the Nations Cup in Egypt.

"After the Africa Cup with Ghana, I needed a break and my family first. Very important, especially since the season was long before," he said.

The 24-year old becomes the fourth Ghanaian at the club this season, joining Bernard Tekpetey, Nana Ampomah and Kelvin Ofori.

It is the first time Dusseldorf have a quartet of Ghanaian players and Kassim believes the club's sporting director Lutz Pfannesnstiel believes in African talents.

"Our manager Lutz Pfannenstiel knows everything about Africa out. He knows that there are many talents there, "explains the newcomer.