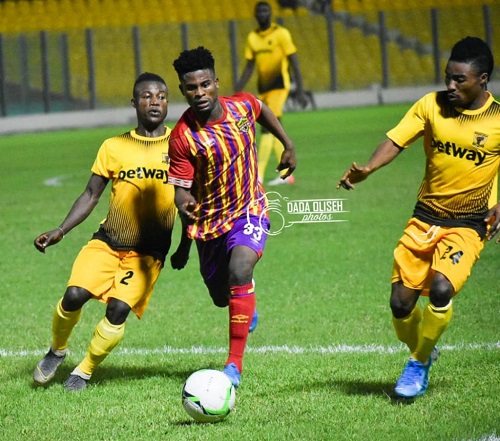 The popular actor, who pleaded with the FA to invest in grassroots football also revealed his dream of building a model football club to develop players.

"I manage many players and one of them is Hearts of Oak striker Daniel Afriyie Barnie. I grommed him from the colts level," Yaw Dabo said on Accra-based radio station Angel FM

"I have passion for football more than acting. I owned a colts football club but due to financial constraints I have put everything on hold.

"Very soon, I will outdoor a model football team named Yaw Dabo Football Club. I will use my own philosophy to develop the players and I promise Ghanaians, they will some wearing Black Stars jersey."

Daniel Afriyie is one of the budding stars in the Ghana Premier League after joining the Phobians from Division two side Madina Republicans.