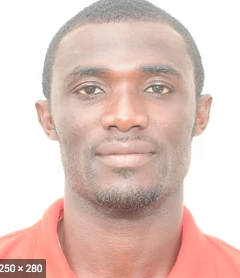 Former Asante Kotoko defender, Prince Anokye has revealed that he decided to retire from football after receiving a threat from a former club administrator when he played for AshantiGold Sporting Club.

Prince Anokye was narrating the incident which led to him hanging his boot in an interview on Happy FM’s Special program “Where Are They?”

According to the centre-back, he was threatened by then AshGold Chief Executive Officer Cudjoe Fianoo now Ghana League Club Association (GHALCA) boss whilst playing for the club.

“I remember we played against Techiman Eleven Wonders and I got a knock and our coach then, coach Bashir asked me to rest for the next game. I was home one day when Cudjoe Fianoo called me saying that he learnt I have not been coming to training”.

“This is the nonsense that Kumasi boys always do when they come to Obuasi. So those of us from Kotoko will see what they will do to us after the first round of the league. I saw it as a threat and I told him that I was leaving so I left Obuasi for Kumasi the following day. Cudjoe Fianoo was the reason why I stopped playing football and left for the UK”.

“I retired because of the incident that happened during my time at AshGold. It was a good decision because after that season all the players from Kumasi were sacked including Cudjoe Fianoo” he added.

Anokye also indicated his toughest opponent he faced in the Ghana Premier League was Frederick Quayson.

He also hailed former teammate, Eric Bekoe as the best striker he played with during his time with the Porcupine Warriors.

Prince Anokye has been living in the UK since his retirement and stated he also plays in the Sunday League for his community.