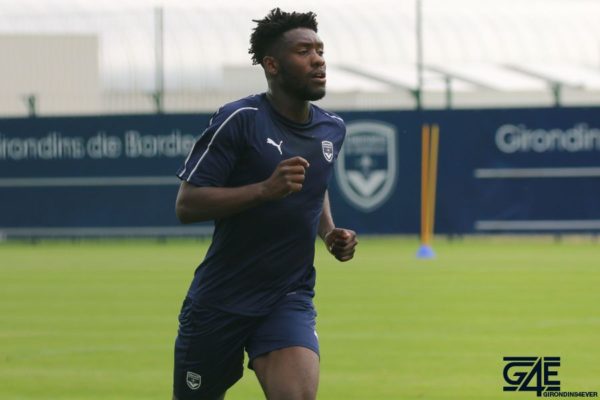 French born Ghanaian defender Enock Kwateng has revealed that he has no regrets leaving former club FC Nantes, despite spending seven years at the Yellow Canaries.

Kwateng left Nantes for Bordeaux in the summer transfer window, and has had a decent spell with the Navy Blue and Whites this season.

"No, it's the opposite," he told Sud Ouest when asked if he had any regrets leaving FC Nantes. "I had the label of youth of the training center, I wanted to see something else," he added.

"I want to play every game, I have ambition. I had several requests but Bordeaux was the best option for me. It is a large French club. I feel like I've been here for two or three years […] Bordeaux is a very beautiful city.

"I spent seven years in Nantes, I was fine there but I prefer Bordeaux. For example, Sunday lives here. There are many places, monuments to visit, activities to do, good restaurants.

"I slept at the hotel for two months at first, so I had a different restaurant each night. There are many very good ones. I have a list but I keep it for myself (laughs) ”.