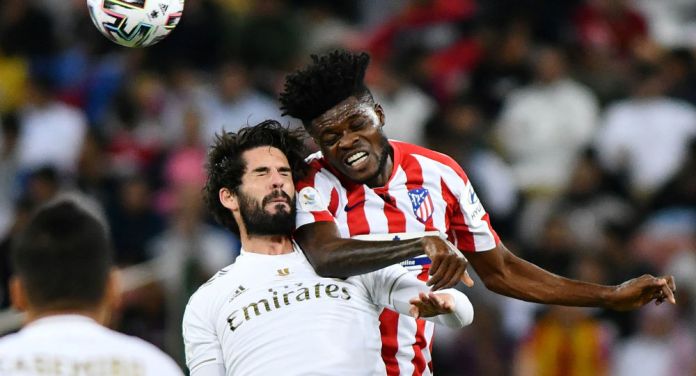 The Los Blancos beat the Rojiblancos 4-1 on penalties to win the Spanish Super Cup, with Partey among players to miss their spot kicks.

Courtois and Partey played together at Atletico and the Belgian was well aware of the Ghanaian's penalty secrets.

"I was remembering the moves in the bank. Saul surprised me a little, but in the case of Thomas Partey, I knew where he was going to shoot and it was an extraordinary defense because I think it was a strong, well-pulled shot," the former Chelsea goalkeeper said after the game.

"I am very happy because it is another game without goals and with good defenses," he added.

"We had been with good feelings for some time and now we will return with better feelings. On Saturday we have Sevilla who are a very difficult opponent."