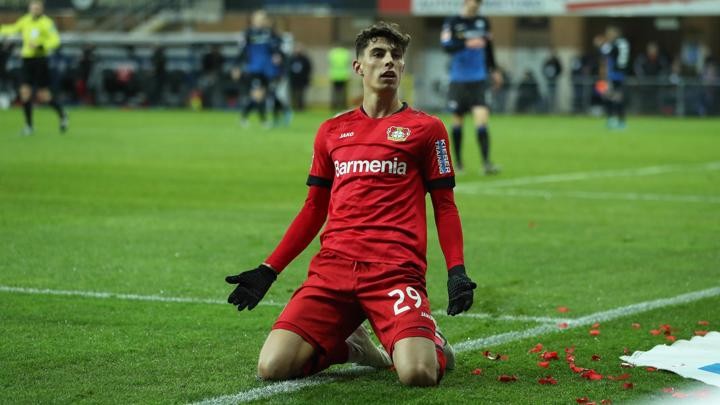 Kai Havertz is the player Chelsea should be targeting this summer and not Philippe Coutinho, according to ex-Blues defender Frank Leboeuf.

“I like his maturity on the field, he looks like someone who is 30 and knows exactly what he has to do and when he has to do it,” he told ESPN FC. “The goal he scored was very clever, between the goalkeeper’s legs.

“He’s the master orchestrator of that team and I talked about him last week and I said that’s a player that I would hire for sure.

“When we were talking Chelsea about Coutinho, when you see that player [Havertz], he should be in the Premier League very soon. He should be because he’s a very, very talented player.”

Leboeuf has been a vocal critic of Coutinho in the past, despite the 27-year-old Brazil international posting eight goals and six assists in 22 league outings for the Bundesliga leaders so far this season.

“I would have lots of question marks seeing him coming to Chelsea, to bring what?” he said in March.“I don’t know where his place would be. If I was the chairman, if I was the coach, I would be very hesitant to pick him up.”

Coutinho is presently on the sidelines with an ankle injury, with his expected return slated for the beginning of June.

Asked about the talk surrounding his situation after the win over Monchengladbach on Saturday, Havertz told Sky: "I do not like to say, of course, that there is a lot of speculation.

"I'm concentrating on this season and will see what happens afterwards. I am very grateful to Leverkusen and I don't want to mess it up in any way."

He added: "We're happy about the win. We put it on ourselves to win here and we did that. We had to really give everything today and I think we deserved to win in the end."