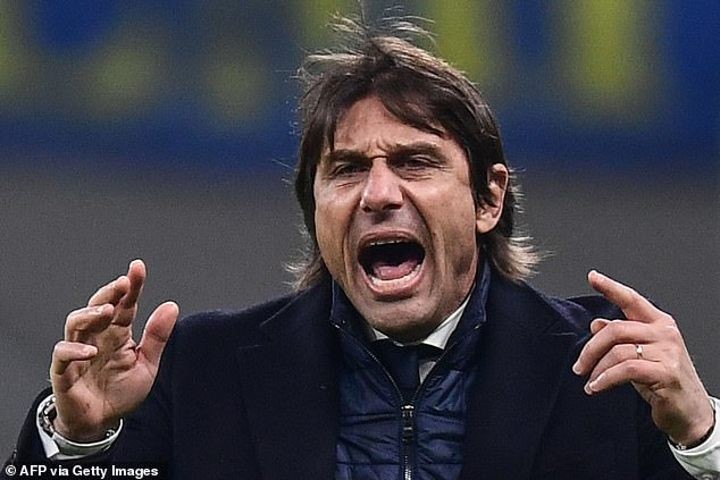 Antonio Conte has hit back at Chelsea manager Jose Mourinho for 'twisting his words' with regards to Inter Milan's pursuit of Christian Eriksen.

Mourinho lashed out at Conte over the way the way he and his club have approached the potential transfer, saying managers shouldn't talk publicly about players from other clubs.

And his comments clearly did not sit well with his old rival.

'I no longer talk about the transfer market,' Conte said. 'The last time I did it, someone we all know twisted my words so I won't say anything anymore.

'I never said anything unusual about the January transfer market making it difficult for all coaches. Every time I say something, it always gets amplified or twisted.'

Inter Milan CEO Giuseppe Marotta has confirmed the club are interested in signing Christian Eriksen but is unsure if they'll be successful in their pursuit.

Eriksen has six months remaining on his contract at Spurs meaning he's now free to negotiate a pre-contract deal with foreign clubs ahead of a summer move.

Inter have now opened talks with Eriksen but Marotta cooled suggestions that he was close to concluding a deal for the Dane.

'Eriksen is a Tottenham player, but his contract expires in June, so it's entirely legitimate and authorised to see his agent in this period,' the Inter chief told Sky Sports Italia.

'That's a long way off saying he'll come here in January or June, because there is a great deal of competition and we don't know what will happen yet.'