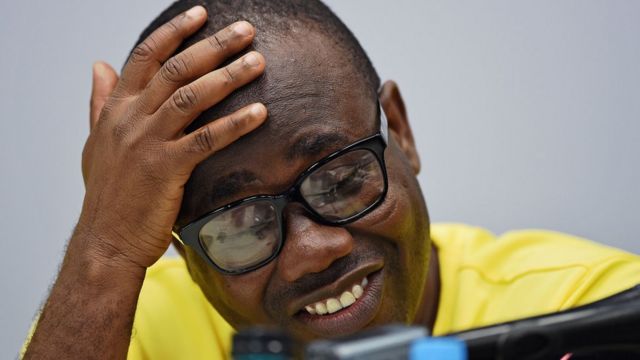 Nyantakyi, who is an avid supporter of the Madagascan politician, has been in constant touch with him since his premeditated fall from grace to grass.

The former Ghana FA capo is enjoying his quiet life since he was yanked from his role at CAF and FIFA over alleged corruption charges.

"I speak with him (Ahmad Ahmad) a lot. We speak almost every week," he told KINGS TVGH SPORTS.

Nyantakyi has long been viewed as an ally of the former CAF boss after he worked for his election victory against long-standing Issah Hayatou.

The ever-smiling football chief, who is serving a global ban over offences relating to conflict of interest, bribery and corruption, and commission, was tipped to become the next leader of the continent's governing body.

Nyantakyi warmed his way into the hearts of Africa's top football aficionados with his intelligence, work ethic and respect for the continent's top brass.

He was hugely tipped as the successor to former CAF Boss Ahmad Ahmad after hatching his election victory to unseat long-standing Issah Hayatou.

But his desire and quest to lead CAF was curtailed after controversial journalist Anas Aremeyaw Anas claimed in a video that he took bribe  -a claim that he has completely denied over the years.

He was initially handed a lifetime ban back in October 2018 but was reduced to 12 years on appeal.

Nyantakyi's position as GFA boss has since October 2019 been taken over by Kurt Okraku.