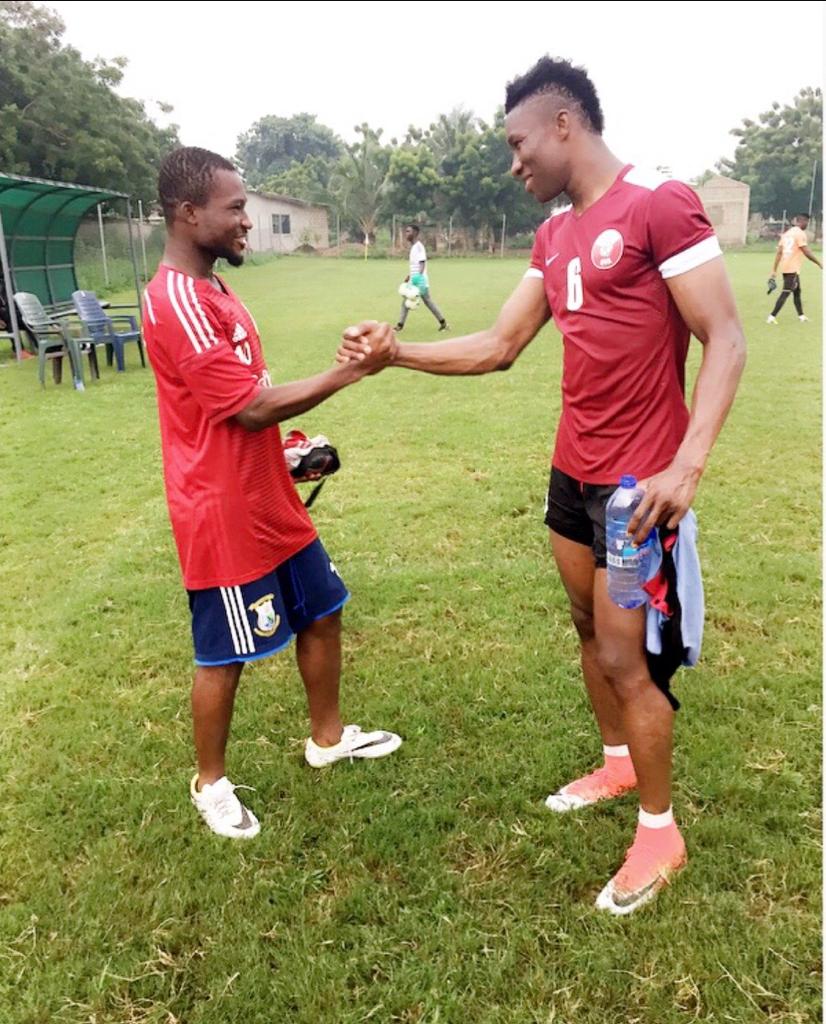 Sulley and Nurudeen in 2018

Sulley did not hide out his love for his former Vision FC mate Nurudeen when asked about a youth player who could make a more serious career in an interview with his former club Legia Warsaw FC early hours of today.

“I would point to one of my friends - Abdul Aziz Nurudeen. I think he deserves more. He is still competing in the Ghanaian Premier League, playing for Hearts of Oak, which is one of the leading teams in the country,” Sulley told Legia Warsaw media.

“He is also a youth representative of the country. I think he would perform in an even better club. He has great talent, he is amazing. Hearts are yet to see the version I’m talking about but it won’t happen if not given the chance to showcase his talent”.

Sulley and Nurudeen was also former team mates at second tier club Star Makers FC before both players moved to Vision FC where they spent a short stink together before Sulley was transferred to Legia Warsaw in 2016.