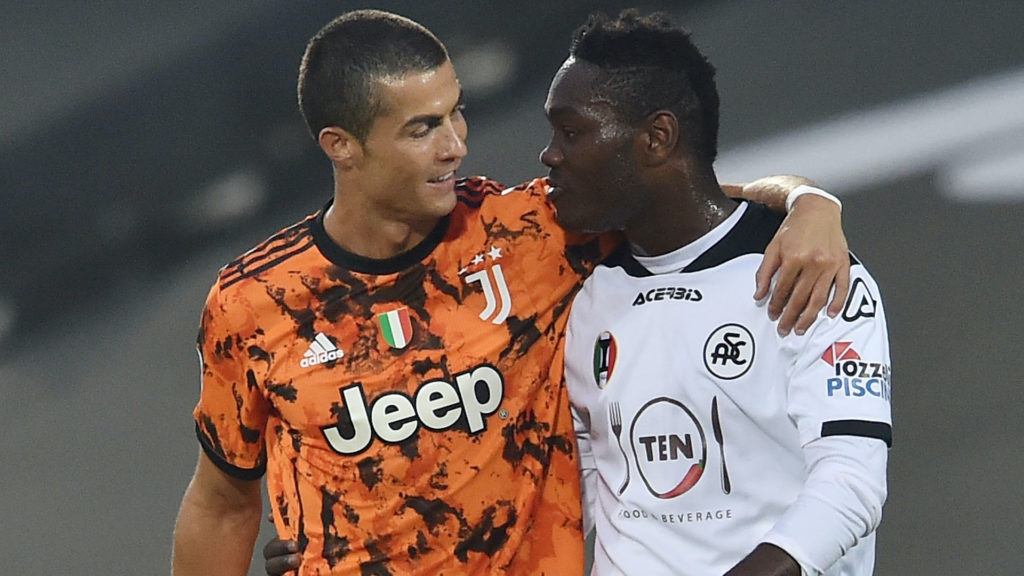 Ghana striker Emmanuel Gyasi has revealed telling global superstar Cristiano Ronaldo that he idolises him when they met for the first time.

Gyasi met Ronaldo, who has been at the top of his game in over a decade and is a five-time Ballon d'Or winner, last season when Spezia met Juventus in the Serie A. Although, he was on the losing team, the day remains special because he got Ronaldo’s jersey.

But this season, he won’t come face to face with Ronaldo because the Portuguese has left Italy and returned to England to continue his illustrious career.

“Scoring goals against Juve where my idol Ronaldo played was wonderful. I did that celebration because he is my idol. I am passionate, we talked to each other after Spezia Juve[last season].

“I went to him and I told him that for me he is an inspiration for all footballers, big and small. Whoever wants to be a player must look at him. He hugged me and told me to continue chasing my dreams. "