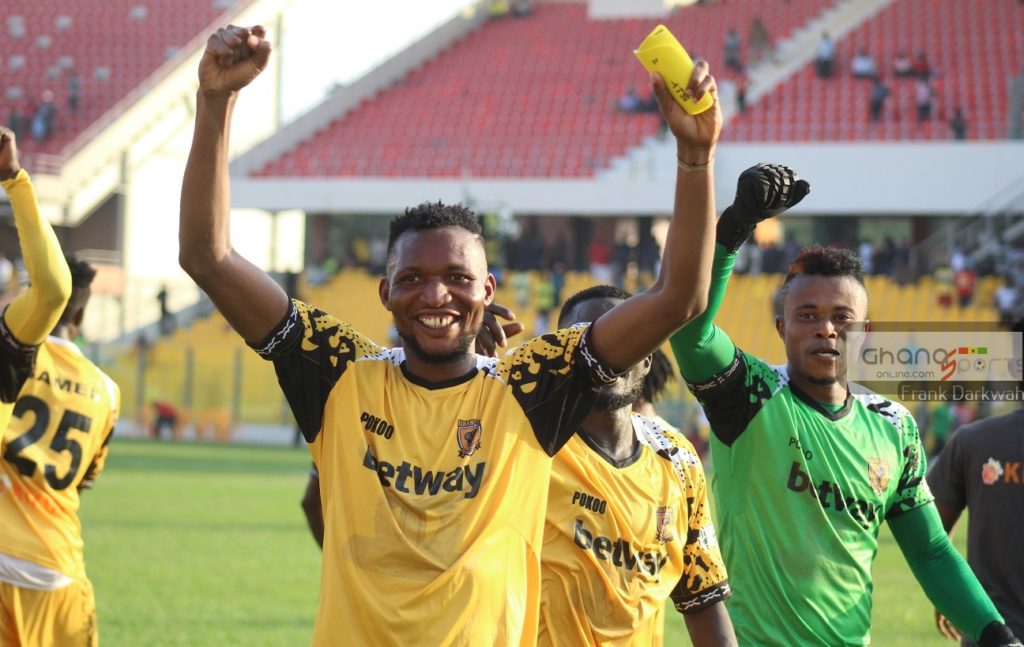 According to reports in the local media, negotiations are ongoing between the two clubs and Anabila is confident an agreement will be reached for him to join the Porcupine Warriors  before the end of the transfer window.

"It is an honour hearing they need my services, Asante Kotoko is one of the biggest clubs in Africa and Ghana, he told Kumasi FM.

"It will be a big step in my career playing for them".

"I must admit it’s an exciting moment for me and everyone at Ashgold".

Despite showing interest to play for Asante Kotoko, Anabila hoped AshantiGold will release him should the Porcupine Warriors make a good offer to sign him.

"I have a running contract with Ashantigold hence the ongoing negotiations between the two clubs.

"I am waiting for the response from the management after the negotiations".