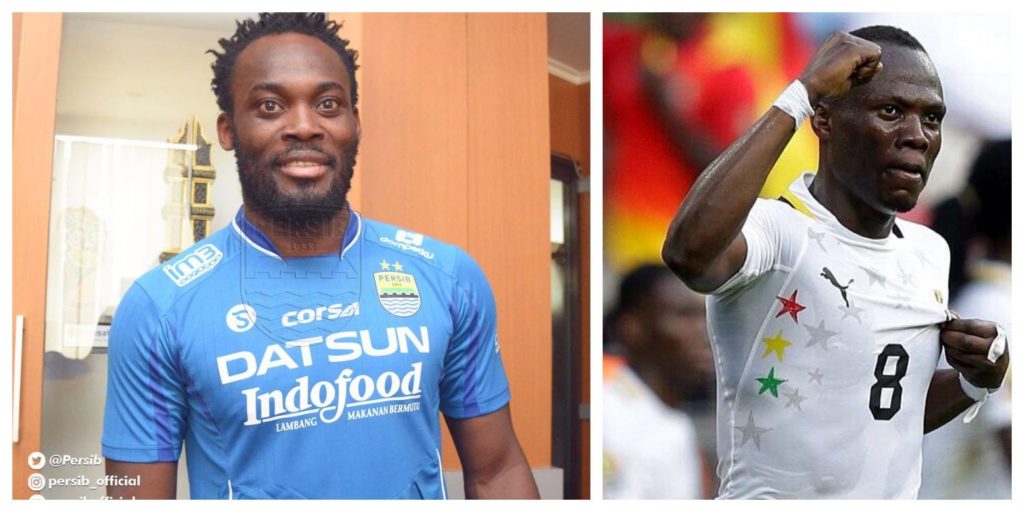 Ghana midfielder Emmanuel Agyemang-Badu has revealed that he was eager to follow in the footsteps of 'idol' Michael Essien by playing for French side Olympique Lyon before signing for Udinese.

In the wake of Ghana's U-20 FIFA World Cup triumph in Egypt in 2009, Badu was linked with several European clubs including Olympique Lyon and Wolverhampton Wanderers.

According to Badu, his sole aim at the time was to play for French giants Lyon as did his compatriot whom he referred to as 'idol' Micheal Essien played, until his agent brought forth a firm offer from Udinese.

“After winning the 2009 U20 World Cup against Brazil, I wanted to go to Lyon, where my idol Essien had also played. Then my agent called me and told me about an offer from Italy: Sampdoria and then Udinese, a club in which many compatriots had played, looked for me," Badu disclosed to Hellas Verona media channel via Instagram live.

Badu's only prior stint away from Udinese before 2019 was in 2017 when he transferred to Turkish side Bursaspor on a season-long loan which was ended abruptly by injury.

He is currently on loan at Hellas Verona where he made four league appearances before the COVID-19 break.