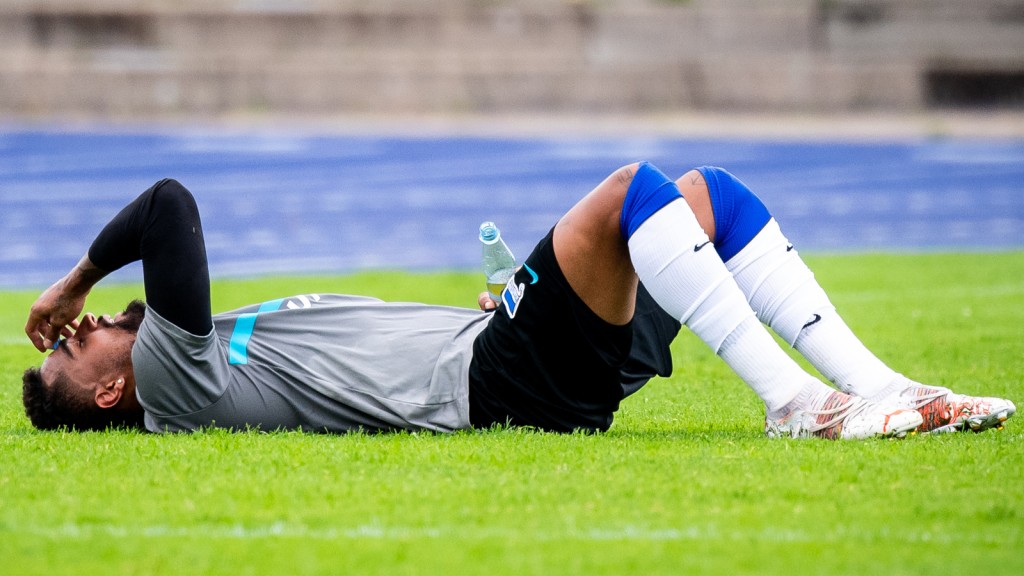 The 34-year-old was heard screaming with what looked like an injury but it was later discovered the attacker wanted to see the club's physio sprint.

"Just kidding, I wanted to see you sprint," said the forward with a cheeky smile.

Prince-Boateng's mini pre-season squad which included Marvin Plattenhardt and Davie Selke were involved in a tennis football match with Jhon Cordoba's team when the incident happened.

But manager Pal Pardai realized, the well traveled player wanted some fun moment with the boys in training.

"I saw it straight away that there was nothing," said the coach. “Gabor Kiraly used to do that sometimes. And at some point he really had something and the physios no longer believed him. The Prince has to be careful," said the gaffer.