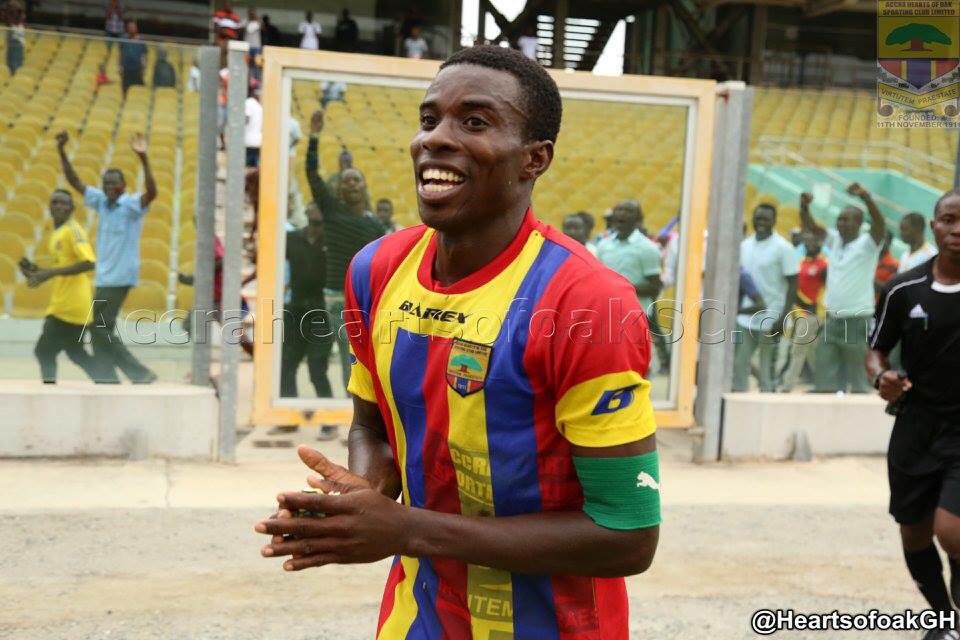 Former Hearts of Oak captain Thomas Abbey has revealed he was forced to leave the club in 2018 despite his desire to stay.

Abbey departed the Ghanaian giants after enjoying his best season in the rainbow colours since joining them in 2010.

He finished the 2017/28 season as the second-highest top scorer in the Ghana Premier League with 13 goals.

His departure came as a huge surprise to the fans, who were expecting him to stay so he will inspire the team to success the following season.

“I was willing to continue with the club (Hearts of Oak), because I had played for them for a long time, so I was expecting them to renew my contract,” he said in an interview on the Untold Stories series.

“Usually is a year to the end of your contract, there is a renewal, I had one year left but there weren’t making any attempt to renew.

“I decided to also take a decision, they had already made their mind to release me at the end of the season but I was lucky to secure myself another Club.

“Initially they presented a contract to me but I felt insulted because even my previous contract with them was better than what they presented. So after the season, I decided to leave.”

Abbey, who is currently a free agent, has expressed his desire to return to the club but only for a good offer.