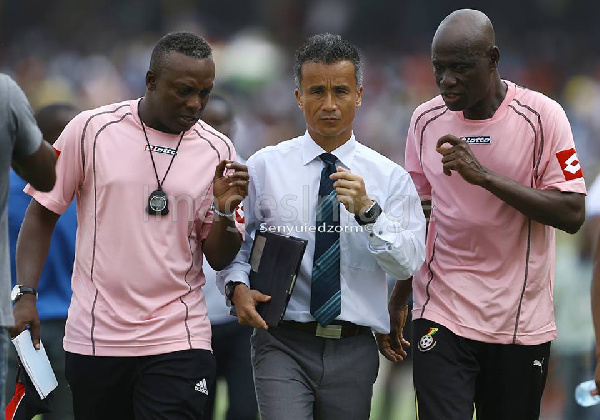 Former Hearts of Oak coach Kenichi Yatuhashi has revealed the challenges he faced as an Asian coach in Africa.

According to the Japanese trainer, he was labelled an automobile engineer when he first arrived in Ghana with many questioning his competence as a coach.

Yatuhashi arrived in Ghana in 2016 after spells at youth teams in Colleges in the America.

However, he went on to endear himself to the Phobians winning hearts with his "sushii" brand football.

"I did not get the same respect as the European coaches or the South American coaches," he told Babagol.

"There were a lot of backlash when I was appointed and some of these journalist criticized me, even before my first training," he added.

"Some even called me the automobile engineer and not the coach."

Keniche Yatuhashi's relationship with the Phobians went from good to bad after reports that he vented his frustrations to the team's management after failing to pay players on time.

His frosty relationship with the club led to his sacking but he landed himself with another job in the country as he joined Inter Allies.

Yatuhashi had spells with Nigerian side Ifeanyi Ubah and again in Ghana with Aduana Stars.