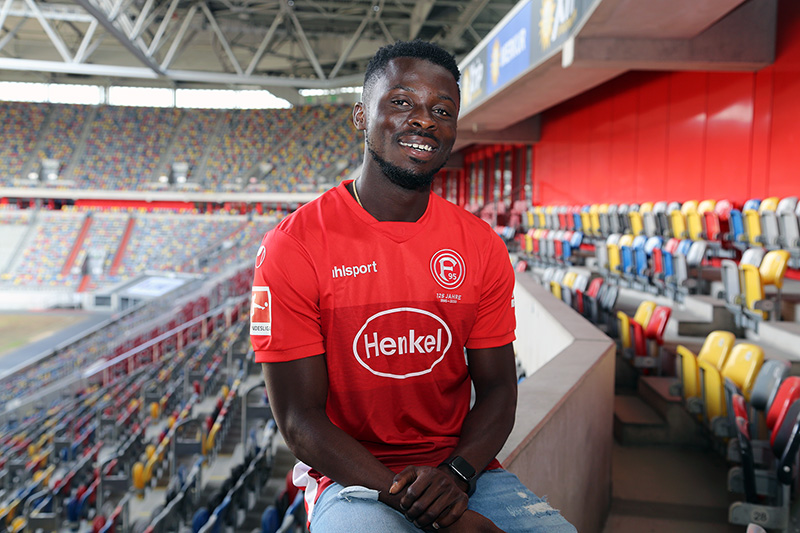 Ghana international Nana Opoku Ampomah insists he is not a man of many words and will let his performance on the pitch speak for him after completing his move to Bundesliga side Fortuna Dusseldorf.

The winger joined Flingeraner's on a three year deal from Belgian side Waasland Beveren.

"My dribbling and my pace. But, I am here to work. Acts speak louder than words. That's why I'm happy when the summer break is over, and I can show in the games what I can bring in," the 23-year old told the club's website.

Ampomah had an impressive campaign last season in Belgium, scoring 8 goals and making five assists in 30 games in the Jupiler Pro league, prompting clubs to chase his signature.

With several clubs interested in the winger, the Ghanaian opted to join Fortuna following the exploits of Belgium attacker Dodi Lukebakio, who he spoke to before making the move.

"Of course, I followed their performance, especially when I had contact with Fortuna for the first time. The fact that Dodi Lukebakio scored three goals against Bayern Munich has also been noticed in Belgium.

"I also talked to him before I moved to Dusseldorf - it's always nice to hear about his new club in advance." Ampomah said.

Nana Opoku Ampomah becomes the fifth Ghanaian to play for Fortuna following the likes of Anthony Baffoe, Arthur Mosses, Daniel Addo and Bernard Tekpetey- the latter is on loan from Schalke.