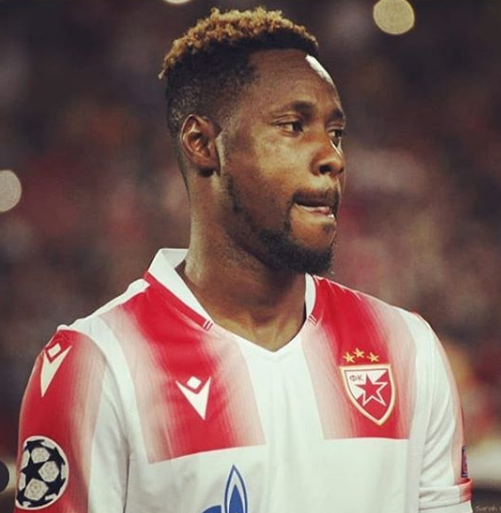 Ghana forward Richmond Boakye Yiadom says he has plans of returning to the domestic top-flight to play for Ghanaian giants Asante Kotoko before hanging up his boot.

The 27-year old left Red Star Belgrade in December after his contract expiration.

Boakye-Yiadom is currently in his home country awaiting a move to a new club in the ongoing transfer window.

In an interview on Accra-based radio station Happy FM on whether he will consider playing for any local club, he said,

“I am a Ashanti and will play for Asante Kotoko before I retire”.

“I am a fan of the club and definitely I will play for at least a year before I retire. If you want to play for Kotoko you have to train harder and be consistent”.

There are a host of clubs that are interested in signing the former Juventus striker who is currently without a club.

Boakye Yiadom left Red Star Belgrade as a legend after scoring 60 goals in over 100 appearances for the club.

He has had stints with Juventus, Atlanta, Genoa, Latina, Elche, Red Star Belgrade and a host other clubs.