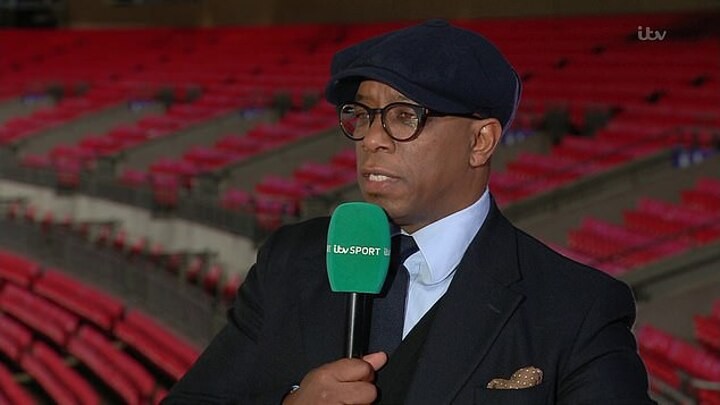 Ian Wright has called on Premier League chiefs to prevent penalty takers such as Bruno Fernandes from jumping in their run-ups.

Wright says it is 'unfair' on goalkeepers as a stuttering run-up, combined with a jump in the air makes it harder for them to time their dive.

Wright's voiced his opinion shortly after Fernandes used the tactic twice to score the only goal in the Red Devil's game against West Bromwich Albion on Saturday.

Manchester United were awarded a penalty in the 56th minute of their Premier League clash with West Brom.

Baggies' first-choice goalkeeper Sam Johnstone palmed Fernandes' first shot away, but was penalised for straying off his line during the midfielders run-up.

Subsequently Fernandes was awarded another attempt and found the net to see United secure their first home win of the 2020-2021 season.

Wright has, however, called for Premier League officials to intervene as he claims such run-ups are 'unfair' on goalkeepers.

'It is [difficult for goalkeepers],' Wright said on BBC's Match of the Day.

'And then you've got forwards jumping up, doing this, doing that sort of stuff and the goalie can't move his foot off.

'They should stop people jumping and that, they should have to make a full... just run at the ball and hit it. If they can move and the goalies can't, that's not fair.'

When asked by fellow pundit Gary Lineker: 'Are you going to have a law that says you can't jump?'

Wright replied saying: 'Yeah, you have to go straight through your penalty run-up, no jumping.'

Fernandes is not the only Premier League player to use the tactic to deceive the opposing goalkeeper.

Chelsea's Jorginho is an advocate of the tactic - even though both players have missed from the spot this season while using the 'jumping style.'