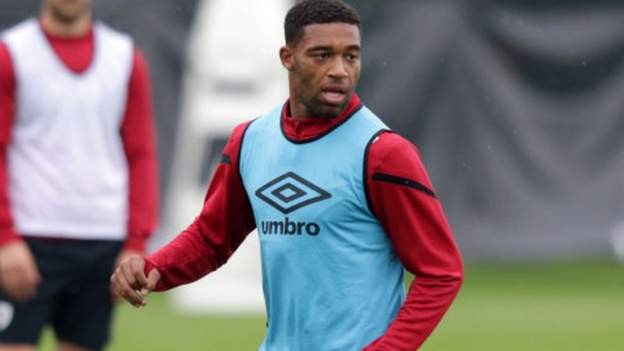 Ibe joined Derby from Bournemouth during the summer

Derby County winger Jordon Ibe says he is in a "dark place" and suffering from depression.

The 25-year-old former Liverpool player posted on social media that he "finds things hard" and said he had support from his club, family and friends.

"Times are hard in general due to this pandemic," Ibe wrote.

"I will fix myself and this situation, which I'm 100% committed to, not only for my family, friends or my beautiful daughter, but for me."

He added: "I want to apologise to all my fans around the world. I find myself in a dark place due to suffering with depression.

"It's no scheme for the media or to have my name in your mouths, I just find things hard truly."

Ibe has played just once this season - in December - and he faced an internal disciplinary investigation by the club in the same month.

He joined Derby on a free transfer from Bournemouth in September.

During his time at Bournemouth, he went through rehabilitation to improve his mental health.external-link

While at the club, he was banned from driving for 16 months and fined £7,500 after crashing his car into a coffee shop, before driving off.

You can find information and support for issues raised in this article on the BBC Action Line website.