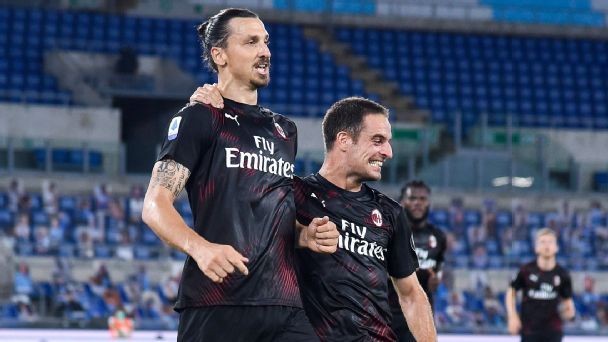 Veteran forward Zlatan Ibrahimovic, starting his first match since the coronavirus stoppage, converted a penalty to help AC Milan to an emphatic 3-0 win at Lazio on Saturday, severely denting the Serie A title hopes of their ragged opponents.

Lazio, missing Serie A leading scorer Ciro Immobile through suspension, dropped seven points behind leaders Juventus on a night when nothing went right for them.

Hakan Calhanoglu put Milan ahead in the 23rd minute with a shot which took a wicked deflection of Gil Patric and Ibrahimovic, recovered from a calf injury, added the second 11 minutes later from the spot.

As stunned Lazio lost their way, sixth-placed Milan looked dangerous with every counter-attack and it was no surprise when Ante Rebic added a third just before the hour.