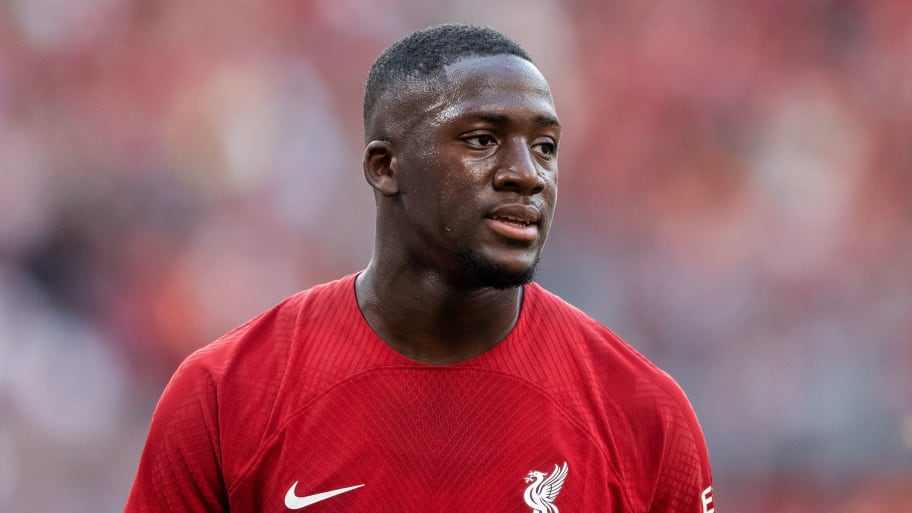 Liverpool defender Ibrahima Konate has returned to full training after spending two months out injured with a muscle injury.

Konate limped off against Strasbourg in Liverpool's final pre-season friendly on 31 July and has been missing ever since, sitting out while the Reds endured a rocky start to their 2022/23 campaign.

The 23-year-old often played second fiddle to Joel Matip last season following his £36m move to Liverpool but seen as the long-term future of the defence. But both players have missed games this season due to injury, leaving Jurgen Klopp scratching his head for options at times.

But his fitness will be assessed ahead of a visit from Brighton on Saturday afternoon, per The Athletic, as Liverpool gear up for their first Premier League game in almost a month.

Konate's impending return is a welcome one with the Reds' treatment room still appearing worryingly over-saturated, heading into a busy fixture schedule before the World Cup.

Alex Oxlade-Chamberlain and Naby Keita are both out with thigh injuries leaving Liverpool's midfield light on numbers, while Andy Robertson nursed a knee injury throughout the international break.

Injuries and inconsistency have played a part in Liverpool stuttering so far this season. They've taken just nine points from their opening six Premier League games and already find themselves eight adrift of title rivals Manchester City, albeit while playing a game less.

This article was originally published on 90min as Ibrahima Konate returns to Liverpool training after two-month absence.