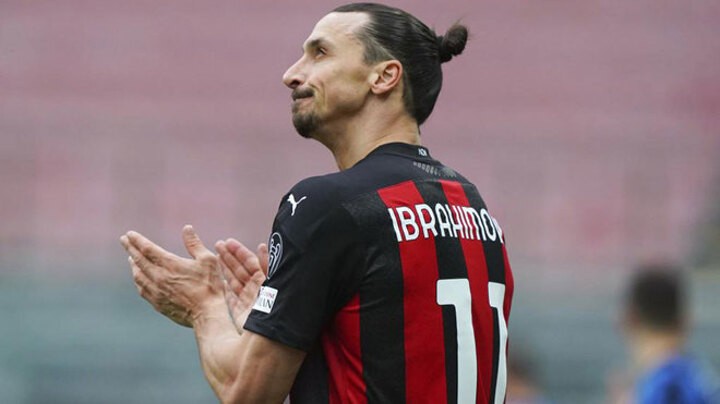 The Swede's admiration for the Brazilian forward has never been a secret, but the current AC Milan forward rates him even higher than both Lionel Messi and Cristiano Ronaldo.

"Ronaldo, El Fenomeno," Ibrahimovic told the Discovery Channel when asked about who he thinks the game's greatest player is. "He's the best of all time.

"For me, that Ronaldo is football, the way he moved. He's the greatest player in history, without a doubt."

Ibrahimovic has scored a professional goal in each of the last four decades, and he is aware that the game has changed during his career.

"Today young players play five minutes and are seen as great," Ibrahimovic said. "I'm glad to be from the old school.

"Social networks have changed everything, and players are seen as champions now despite having done little.

"Before you had to achieve great things, for a long time, to be a great player. I like the old school more."

The Swede also had a message for LeBron James and his off-court interests.

"He's phenomenal at what he does, but I don't like it when people with status are also in politics," Ibrahimovic said.

"I mean, do what you're good at. Stick with what you do. I play soccer football because I'm good at football.

"It's a mistake people make when they become famous."