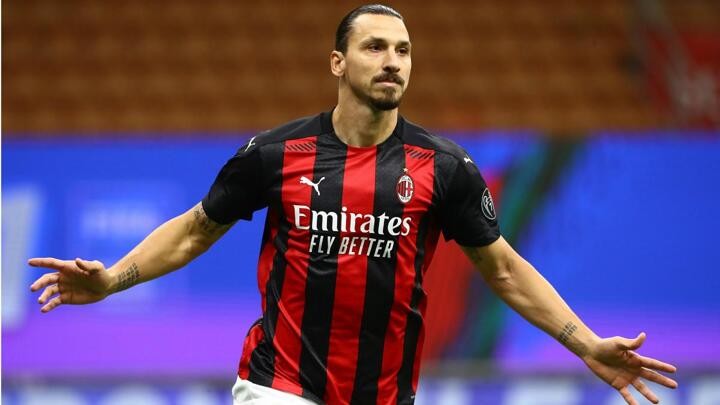 Zlatan Ibrahimovic said he will carry on as long as his fitness allows after an impressive start to the season for Serie A title contenders AC Milan.

Milan star Zlatan Ibrahimovic has no plans to retire while he is feeling fit, insisting "ego" would not play a part in his decision. Ibrahimovic made a superb start to the season with Serie A leaders Milan, scoring 11 goals in 10 games, before suffering a hamstring injury last month. That form has also led to discussions over a comeback at international level for the veteran forward ahead of Euro 2020.

The veteran striker has impressed since returning to the Serie A club at the start of the year, although talk about his future continues after he turned 39 in October.

But Ibrahimovic, who is contracted until the end of the season, said he wanted to continue while he could.

"As long as I will continue to feel good. Because when the years go by, we no longer talk about quality, but only about how you are physically," he told Sky Sport.

"If you are physically well you can do it, like [Francesco] Totti. But it applies to everyone. It is not a lack of quality, if one is in the right physical condition he can do it.

"That's the important thing, losing quality is impossible. It's whether you can do it physically or not."

Ibrahimovic returned to Europe at the start of the year after two seasons with LA Galaxy.

Ibrahimovic: "With all due respect I am no longer the Ibra I was before"

The former Sweden international said he would be realistic about his future, revealing he headed to MLS after uncertainty about whether he could still deliver in Europe.

"Why did I go to America? Because I wanted to start from scratch, I thought that, perhaps, after the injury, I would no longer be able to do the things I did before at Manchester United. I told [José] Mourinho, 'Don't call me anymore, with all due respect I am no longer the Ibra I was before.' I was being realistic towards myself, my ego went down, so I went to America to start from scratch.

"I didn't know what awaited me, but after two years I felt alive and I said, 'Let's go back to Europe and see if I can do it or not.' That's why I signed up for six months, to evaluate myself. I have my vision, my confidence, but then it all depends on the results on the pitch.

"It is one thing to have vision and trust and then step into the field only to be told you can't take it anymore. It doesn't really matter what people say – because you don't have to be influenced from outside – you have to trust. That's why I say it's all ego."

After signing a short-term deal with Milan, Ibrahimovic committed to the club for 2020-21 in August – but said he had initially told coach Stefano Pioli he was leaving.