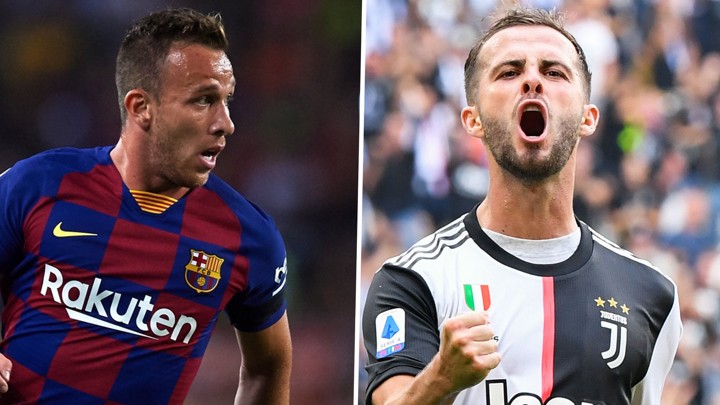 Gremio president Romildo Bolzan admits to being left bemused by the transfer talk Arthur is generating at Barcelona, with a player he offloaded to Camp Nou considered to be a more preferable option in midfield than Miralem Pjanic.

Speculation continues to suggest that the Brazil international will soon be deemed surplus to requirements in Catalunya.

Despite having battled hard to win the race for Arthur’s signature in the summer of 2018, it could be that the 23-year-old’s time in La Liga is brought to a close after just 67 appearances.

He has been included in a potential swap package that could see Juventus star Pjanic make his way to Spain.

Barca are seemingly keen on switching up their ball-playing options in the middle of the park, but Bolzan believes they would be making a mistake in parting with future “leader” Arthur.

“It’s true that he’s going through a phase where he hasn’t met expectations, but he’ll be important to any club he’s with. At Gremio, he was a great player.

“Arthur has all the technical attributes to be the leader of Barcelona's midfield.

“I’m surprised that there is talk of his future and that Barca can let him go. I prefer Arthur to Pjanic.”

Arthur has endured injury struggles at times in the 2019-20 campaign, restricting him to 23 outings, but he has stated a desire to remain at Camp Nou and prove his worth.

Barca have been advised by club legend Rivaldo to heed those calls, with the 2002 World Cup winner of the opinion that a fellow countryman can thrive in his current surroundings.

Rivaldo has told Betfair: “There are lots of rumours about potential Barcelona transfers this summer and some press recently mentioned that Arthur could leave. I believe this is just talk and expect Arthur to stay at the club for many years.

“He hasn't completed two complete seasons there yet. He arrived as the potential successor to Xavi because of his similar style of play, so it makes no sense to sell him when he is just 23 and has his career ahead of him.

“Furthermore, Arthur has a good relationship with Neymar and selling the youngster could harm Barca's chances of bringing Neymar back.”