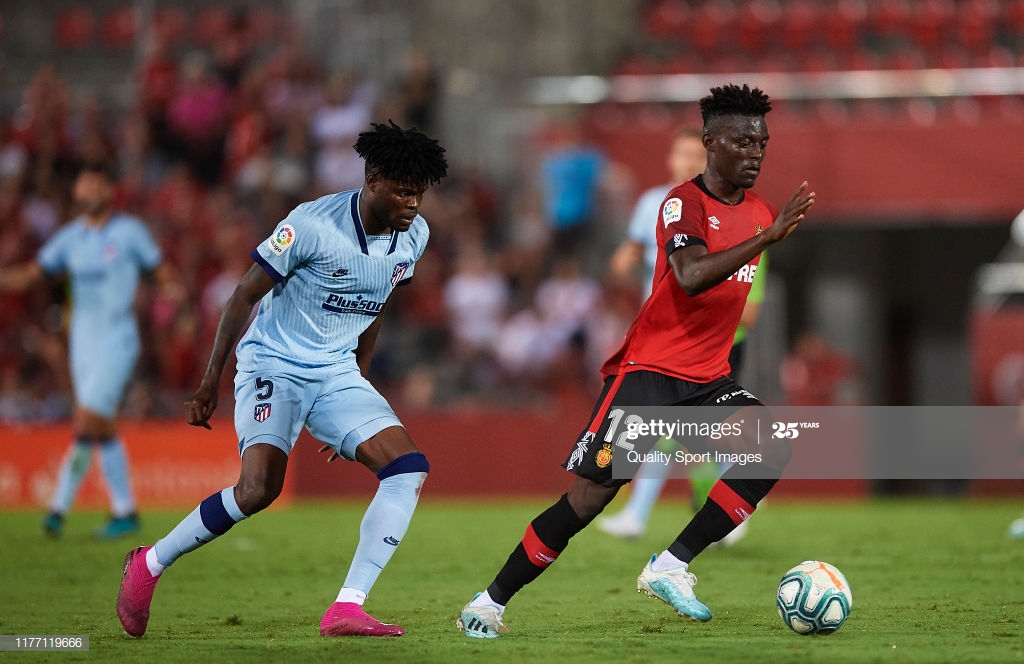 Ghana duo Idrissu Baba and Thomas Partey have been named in a list of five top performing Africans in the Spanish topflight by viewers of DSTV and GoTV.

The RCD Mollorca and Atletico Madrid stars are joined by Youssef En-Nesyri of Morocco/Sevilla, Samuel Chukwueze of Nigeria/Villarreal and Andre-Frank Zambo Anguissa of Cameroon/ Villarreal.

This La Liga season has been one in which Ghanaian Thomas Partey has truly established himself as a regular for Atletico Madrid, with manager Diego Simeone showing more faith in the Black Stars midfielder.

Football pundit Shaka Hislop believes Arsenal should move quickly to capitalise on rumours that they are interested in signing the player: “If you’re Arsenal and you can somehow price Partey away from Atletico Madrid, absolutely you do it all day every day. He sits in front of the back four, I’m still not sure that there are many better box-to-box midfielders in the game. If you get this done, do it now, do it quick.”

No goals or assists yet in this La Liga season for Ghanaian Idrissu Baba Mohammed, but his reliability and consistency in midfield is absolutely key to Mallorca’s hopes of remaining in the Spanish top flight. “Baba is an important player for us, a hard-worker as a midfielder who is reliable and able to provide defensive skills,” said Mallorca manager Vicente Moreno. “He has grown strongly as a player and I hope he can help us achieve our goal for the season.”

Samuel Chukwueze is undoubtedly one of African football’s rising stars, even if this La Liga season has not been quite as impressive as his first for Villarreal.

Moroccan forward Youssef En-Nesyri so impressed for Leganes in the first half of the current La Liga season that he earned a move to Champions League-chasing Sevilla in the January transfer window. The Atlas Lions player is not a prolific scorer (as a return of just four goals in 2019/20 suggests) but his ability to create space and chances for others makes him a perfect foil for attacking midfielders to play around.

Only one goal so far in this La Liga season for Cameroonian Andre-Frank Zambo Anguissa, but his value lies in the tireless work he contributes to Villarreal’s midfield and his ability to link defence and attack with his running power.

“At Villarreal, because of the quality of the players [we have] and the style of play, I am playing more as a box-to-box [midfielder], and I feel my abilities are utilised both defensively and offensively,” explained the Indomitable Lions star.