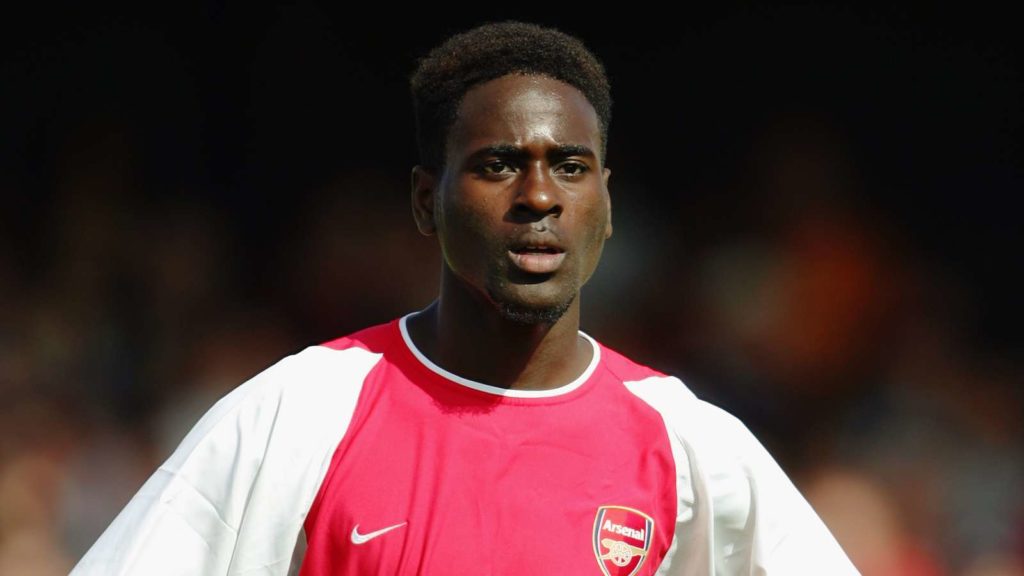 The ex-Gunner disclosed that he grew up in a neighbourhood that he could have easily fell off the wagon but a call from Arsenal changed everything for him.

Owusu-Abeyie joined Arsenal from the Ajax academy in 2003 and went on to make only five senior appearances for the Gunners in his three years at the club.

“I was born and raised in Amsterdam. Bijlmermeer is the area — it’s basically the ‘hood. It wasn’t easy. Sometimes you might be on the block and you might hear a gunshot, or you might hear that someone got stabbed. When I got that phone call, I said ‘Arsenal? Who doesn’t want to play for Arsenal?!

“That moment when I met Arsene Wenger is when it sort of sank in, when I realised… It’s not on TV anymore. So I looked at my agent, and my agent looked at me, and it was like, ‘Boy… I gotta get the job done'.”